Walter Isaacson was born on 20th May 1952. He was a journalist and an American novel writer. He was the President and the CEO of Aspen Institute, which is an educational organization based in Washington D.C. He also taught History at Tulane University as the Professor of History. He was the chairman and the CEO of Cable News Network. The biographies of Leonardo Da Vinci, Steve Jobs, Benjamin Franklin, Albert Einstein and Henry Kissinger have been written by him.New Orleans which is the largest metropolitan area in Louisiana, Walter Isaacson was born there. He was born to Irwin and Betty Lee Isaacson. His father was partly Jewish and a humanist engineer. His mother was a broker. Isaacson went to Isidore Newman School in New Orleans where he was chosen as the president of the student body. For his Telluride Association Summer Programme, he went to Deep Springs College. He majored in History and Literature and graduated from Harvard in 1974. While graduating from Harvard, he was the president of Signet Society, a member of the Harvard Lampoon. He has written notable works like American Sketches which was published in 2009, Einstein: His Life and Universe which was published in 2007 and Benjamin Franklin: An American Life which was published in 2003. Other famous works which he co-authored with other authors are The Wise man: Six Friends and the World They made. It was published in 1986. 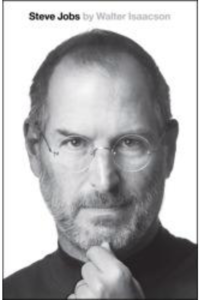 This is a biography of the inventor of Apple, Steve Jobs. The book is the compilation of the various interviews conducted with him over a period of two years. Jobs came up with digital technology when the entire world was just thinking about digitalization.

Read it For:
People, who have a keen interest in knowing Steve Jobs closely, should read it.

Don't Read it For:
Not meant for people who don’t like reading biographies.

What makes this book stand out?:
The job interviews and life of Jobs has been presented in a way which leaves the reader awestruck. 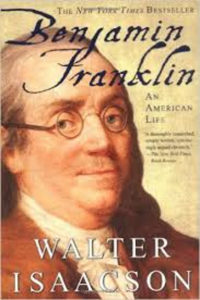 Isaacson presents the life of Benjamin Franklin from Boston to Philadelphia to London and Paris and back again in a way which also tells how he became the most famous and notable authors, inventor, media person and scientists of all times.

Read it For:
The people who are interested in knowing Benjamin a little more closely and get inspired by him should read it.

Don't Read it For:
People, who don’t think that the book would be gripping, should not read it.

What makes this book stand out?:
The way in which Benjamin Franklin has been explained as a normal person is outstanding.

The Innovators: How a Group of Hackers, Geniuses, and Geeks Created the Digital Revolution 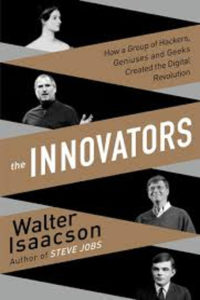 This book is a story about the people who discovered and invented the computer. It is a story of genius minds that were destined to be known in the history for their contribution to the world and bringing about the digital revolution

Read it For:
People who are computer enthusiasts and have an eye for reading more about digitalization should read this book

Don't Read it For:
People who are not really the ones to read about computers or digitalization should not read it.

What makes this book stand out?:
It is a story which explains the history and the origin of the digital era in the world.

Einstein: The Man, the Genius, and the Theory of Relativity 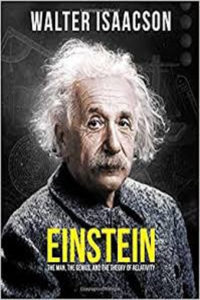 Read it For:
People who take Einstein to be their role model and an inspiration should read this book.

Don't Read it For:
The ones who do not like reading about physics, should not read.

What makes this book stand out?:
The entire life of physicist Albert Einstein has been told in this book. Each and every event of his life has been documented in this book. 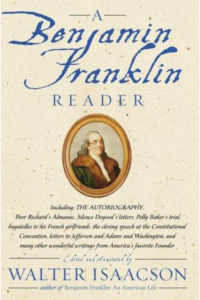 This book reveals the reasons why and how Benjamin became a renowned author of the United States and still remains the most famous one.

Read it For:
The people who really want to become a writer and want to get inspiration which cannot be shaken by anything should read this book.

What makes this book stand out?:
The storyline also has preface and notes which provide the background of the context. 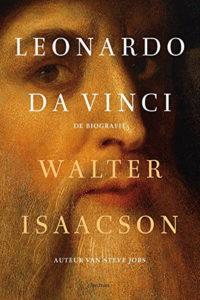 Read it For:
People for whom Leonardo da Vinci is an inspiration should read it

Don't Read it For:
People who are not very fond of reading about the lives of people should not read it.

What makes this book stand out?:
It is a vigorous and an insightful book.

The Wise Men: Six Friends and the World They Made 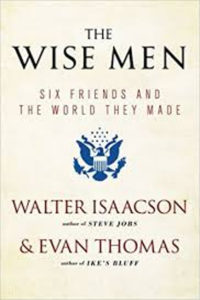 Read it For:
People who want to get inspired by the story of such men, and want to shape their nation for the better should definitely give it a read.

Don't Read it For:
Readers, who would not connect with the characters of the story and the entire scenario of the post-war times, should not read this. 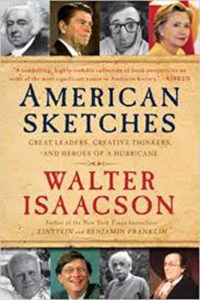 Read it For:
It is a good read for people who want to get inspired after reading the stories of various rich and notable personalities.

Don't Read it For:
The ones, who are not fond of reading about the politicians and the famous names, should read this book.

What makes this book stand out?:
The life journey of Isaacson himself and the various lessons of the famous people which the author wants to impart make it outshine. 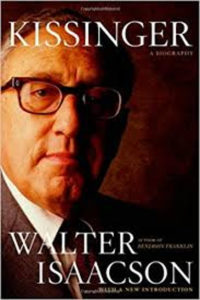 Read it For:
People who are interested in reading about Kissinger as a person should read his biography to enhance the knowledge about the work done by Henry Kissinger.

Don't Read it For:
The ones who do not like reading biographies, and who think that they won’t develop interest even if they try to read it, should not read it.

What makes this book stand out?:
The life of Henry Kissinger has been told in a much elucidated manner which adds a plus point to this book.