Need inspiration or an idol? Why not get yourself a biography book? Reading Biographies of people is one of the best ways anyone can get inspired. By reading one, you come to know their lives, their sufferings, their happiness, their obstacles, and last but not the least, their way to success. Biographies help you to compare yourself with others in a positive way. You will learn to be better at solving your difficulties and overcoming them with a smile. You also learn to be happy with your life and thank almighty each day for giving you this fruitful life. In this article, we are providing you with the top 10 books under the category, biography. If you have a habit of reading and want to try something new, buy yourself a biography book as it is the best book to read and spend your time productively. Hence, don’t hesitate to pick one from our list of “top 10 books of 2017” in biography. 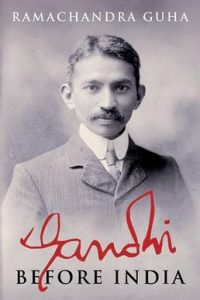 This book is the very first volume of a masterful biography of M.K Gandhi. The book takes us to the birth of Gandhi in 1869 through his childhood days in Gujarat, his two years living as a student in London, and his 20 years of being a lawyer and community organizer in the country, South Africa.

Read it For:
Read the book for understanding the early lives of Gandhi.

Don't Read it For:
The book only presents the pictures of Gandhi's early life. So, don't attempt to read the book for India's freedom struggle and Gandhi's role in it.

What makes this book stand out?:
Through this biography, the author has revealed a myriad of previously untapped documents such as private papers of Gandhi's co-workers and counterparts, contemporary court documents and newspapers, the writings of Gandhi's children and secret files kept by British Empire functionaries. 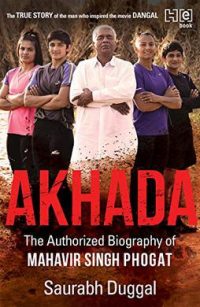 The book "Akhada" is the remarkable story of a man of tremendous fortitude. He is also a father who struggled against all the odds to give his daughters a future that they could not have imagined for themselves. He is none other than Mahavir Singh Phogat.

Read it For:
If you are a wrestling fan, this book is definitely for you as it is the biography of an inspiring wrestler and senior Olympic coach.

Don't Read it For:
The narration is a bit dry and doesn't do justice to the inspirational struggles of Mahavir Phogat.

What makes this book stand out?:
The book gives an excellent overview of the life of Mahavir Phogat and his daughters, and the way he trained them to become world champions.

The Emperor of All Maladies: A Biography of Cancer

The book is a brilliant, thoroughly humane biography of "cancer" by Siddhartha Mukherjee. The book portrays it's very first debut, thousands of years ago through the struggles to cure, conquer and control it in the 20th century.

Read it For:
The author has examined cancer to the very cellular level of a biologist, the perspective of a historian, and the passion of a biographer.

Don't Read it For:
Some readers may the find the book complicated and unclear. Hence a casual reading may not be enough.

What makes this book stand out?:
For the reader, the book will be a literary thriller with cancer as the protagonist. "The Emperor of All Maladies" presents a captivating glimpse into the future of cancer treatments. It is an illuminating book that provides confidence and clarity to those seeking to beat cancer. 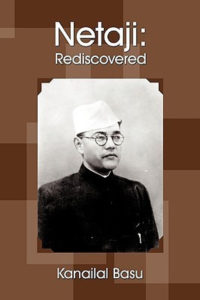 The book pictures the life of Subhash Chandra Bose, his family, education, political life and last but not the least, his pivotal role in India's freedom.

Read it For:
Readers will find it fascinating to know his adventurous submarine voyage from Germany to South East Asia which is unique in the World history.

Don't Read it For:
The book doesn't explain his mysterious disappearance as it is still a mystery.

What makes this book stand out?:
This book is written solely to show the world, the life of Subhash Chandra Bose. It's in our book recommendations. 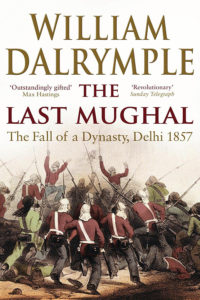 The book is an account of the Indian Mutiny, of the events driving up to it and of its aftermath, seen through the view of the last Mughal emperor's life.

Read it For:
The book recreates the lively city of Delhi, in the 1850's. It also explains the mutiny of 1857 which caused the fall of the Mughal dynasty.

Don't Read it For:
The chapters of the book might not give you the account of every Mughal emperor.

What makes this book stand out?:
The writer researched for over four years and accessed references, which were until now, never employed to narrate the history of those original times. The book is among the best books that we can recommend. 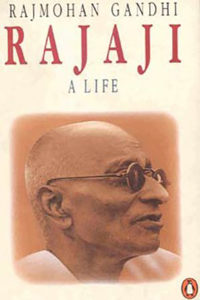 This book is an exclusive biography of Chakravarti Rajagopalachari who is also known by the name Rajaji. He was free India's Governor-General or the first Indian Head of State.

Read it For:
The book provides an insight into the role of Rajaji, in the event preceding India's partition.

Don't Read it For:
If you are a casual reader, you won't like the book as much as a historian. 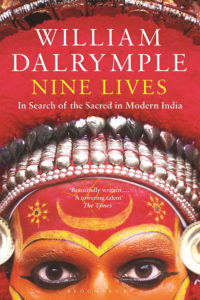 The book tells us about how traditional religions are recognized in today’s India, showing ways of life that we might otherwise never have understood.

Read it For:
Read the book for understanding the various religions, rituals, and traditions that are existing in India.

Don't Read it For:
The book explains the things mentioned above through the stories of 9 different lives and not directly.

What makes this book stand out?:
William Dalrymple narrates the nine stories with comprehensive insight and a spellbinding recollection of extraordinary circumstance, giving us a great travelogue of both spirit and place.

The Man Who Knew Infinity: A Life of the Genius Ramanujan 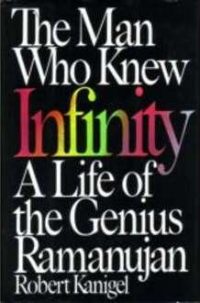 The book tells us the life of a genius mathematician, Srinivasa Ramanujan. This book also shows us the relationship between Ramanujan and his tutor G.H. Hardy at Cambridge University.

Read it For:
The book tells the reader, the life of Srinivasa Ramanujan, from a young unschooled Indian clerk to an excellent mathematician.

Don't Read it For:
Don't expect any complicated mathematical theories in the book rather than his contribution to the field of mathematics.

What makes this book stand out?:
The author has written the book excellently. He presents all the relevant information like local customs, geography, religion, and family dynamics at appropriate places while portraying the life of Ramanujan. It is among top books that you can purchase. 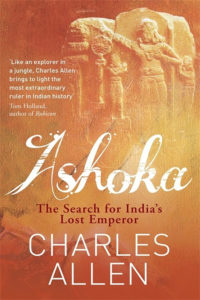 The book portrays the story of an extraordinary Indian ruler, Ashoka Maurya and the search for him.

Read it For:
Read the book for knowing how this ruler became virtually unknown and the search that was made to find him.

Don't Read it For:
Don't read the book solely for knowing about this ruler as this is not his historical biography.

What makes this book stand out?:
The book presents the chronological order of the findings of ancient sites and historical sources that lead to rediscovering the Emperor.

The Man Who Became Khali 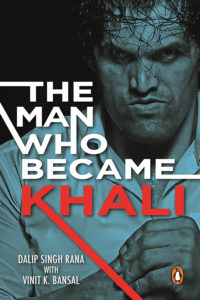 "The Man Who Became Khali" is the biography of Dalip Singh Rana who became the first Indian wrestler to enter the WWE ring and win the World Heavyweight Championship.

Read it For:
The book excellently portrays the life of “The Great Khali," formerly known as Dalip, who had to give up his studies to work as a daily wage laborer.

Don't Read it For:
If you are a casual reader, you may find the book boring. On the other hand, the book might be appealing to an actual Khali fan.

What makes this book stand out?:
An inspirational, emotional, and a no-holds-barred story of a man who not only went on to acquire the World Heavyweight Championship but also defeated his inner demons and physical oddities.