Ronald Reagon served as 40th president of United States of America. Before his reign as The president, he had a three decades experience as a Hollywood actor and a politician. He also served as 33rd Governor of California from 1967  to 1975.

When he stepped out of the Oval Office for the last time, he matched up to 60% as the highest ratings for retiring President which was formerly matched with Franklin D Roosevelt. Before entering into the world of Hollywood, he was a radio announcer in Des Moines for Chicago Cubs baseball team. 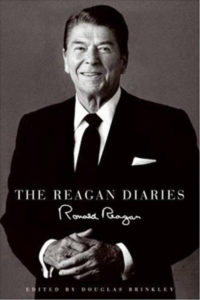 Edited by Douglas Brinkley and published by Harper Collins, this book’s original transcripted version was maintained by Ronald Reagon in the form of a diary. In his diary, he revealed his relationship as a father and a husband. Though he didn’t believe in The God much, his faith is still stored in his book the Reagan Diaries.

Read it For:
Particularity of this book is that The then President has not used a single word which depicts profanity. He has clearly mentioned how important family is to a man, be it the president or a common man.

Don't Read it For:
The book portrayed in a way that Ronald introspected a lot, but in real life his thoughts and actions were superficial.

What makes this book stand out?:
This book is a perfect read for everyone from a child to an old man as at the end of the day family is what we all need. And this book is an introspected version of The President of the United States, the leader of the world’s most powerful country 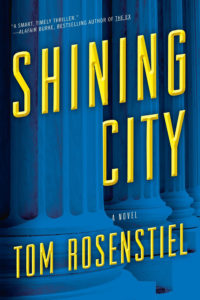 The book ‘A shining city: The legacy of Ronald Reagan’ is a collection of his speeches and tributes to former influential personalities. This read consists of Foreword by Nancy Reagan. This book was written in the time of his rule and comprises of the ideas and life of Ronald. This book has multiple writers who were not alive to witness Ronald Reagon.

Read it For:
The plus point of this book is, this consists of the ideology of the population of that time and it doesn’t stick to point. Instead, it jumps from one learning to another making the book gripping and interesting.

Don't Read it For:
This book is very informative. For the people who are into fiction, it is a boring investment. Though when reading with interest, it won’t disappoint you.

What makes this book stand out?:
This book is a good read and a re-read as it shows the American dream of the world and what is the role of the same for the upbringing of the world. 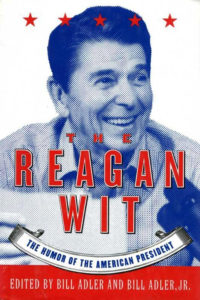 Originally written by the president himself, this book is edited by Bill Adler. Known for his wit and humour and ability to laugh at himself, Ronald came up with some amazing quotes and one-liners which are jailed beautifully in this book. This book carries information about his life from his radio announcer days to the two-term governor of California State.

Read it For:
It is a very light and humorous book and shows the then president’s comic timing. Whether it was making fun of his colleagues or punch lines after an assassination attempt on him, he never failed in making people laugh. He passed a statement “I forgot to duck” when he was attacked.

Don't Read it For:
This book is less informative and does not focus on any core topic of knowledge is in a humour genre. If you are not into humour, then it is an avoidable read.

What makes this book stand out?:
Witty comebacks, the timing of humour and to take down opponents in a nice way without insulting them. All these can be gathered by reading the Reagan wit

Reagan: A life in letters 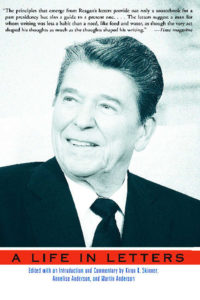 This book is originally written by Ronald Reagan and co-authored by Kiron Skinner and Martin Anderson. Ronald Reagon, in his life, had written more than 10,000 letters to his family, friends, important citizens, and overseas. This book is a bunch of his letters and learning from them.

Read it For:
Reading the book can give more outlook towards the way of seeing the world and how to address it with sheer practice.

Don't Read it For:
The letters become personal after a certain point and deviates the reader’s mind by not focusing on the summary given.

What makes this book stand out?:
The compilation is embellished and garnished with some amazing content which grasps the reader’s attention.

Where’s the rest of me 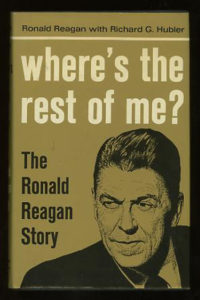 Before entering into the politics, he revealed himself as a youth of Illinois who worked as a radio announcer, a college football hero and a movie star in this book.

Read it For:
This is the proper guide for a person who is in the struggling period. Author’s charm, wit, and optimism are penned down here.

Don't Read it For:
This shows he was a salesman who ran for president’ Story puts light on his personal experiences more.

What makes this book stand out?:
This showed the man behind the curtain whose common sense and wit won the hearts of people in America. 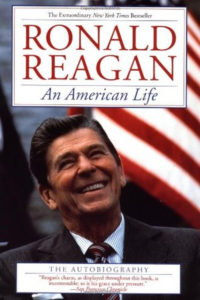 The author wrote about his personal experience and journey from his early days in Hollywood to his presidential rule. He relates his public life with his private one in this book.

Read it For:
This part will surely bring tears to reader’s eyes. The author took the readers behind the scenes of his presidential rule

Don't Read it For:
The focal point of this book remains around Ronald Reagon’s life and doesn’t have much exposure to other things

What makes this book stand out?:
How The back years element like wit, humour and clear-minded optimism helped the man to reach the pinnacle of his life explains something to us in one way or another. 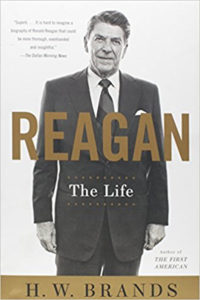 H.W. Brands meticulously placed the parts of Ronald’s life, how an ordinary man became the most powerful man in the country and what qualities acted as a catalyst in building his reign.

Read it For:
This is one of the best books on Ronald Reagan’s life. It covers every point of Ronald’s qualities which engineered him to bring a massive revolution.

Don't Read it For:
This book is nearly a perfect read for everyone and doesn’t seem to have any loopholes.

What makes this book stand out?:
Story of the end of communalism era and starting of massive conservatism in America.

Governor Reagon: His rise to power 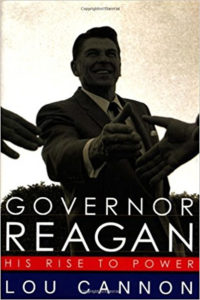 Lou cannon offered Ronald to people as an eight-year leader of the California state. This book covers how he fought and adjusted in ideological blind spots, inexperienced staff and amateurism of his fellow men.

Read it For:
It works as a guide for corporate world people and for youngsters, how to fight against the odds and to survive in the most complicated situations.

Don't Read it For:
Only half of the book talks about Ronald as a governor, and remaining portion describes his early life and oval office life.

What makes this book stand out?:
Understanding why he incremented tax policy in 1967 just to cover a shortage of budget.

Rawhide down: The Near Assassination Of Ronald Reagan 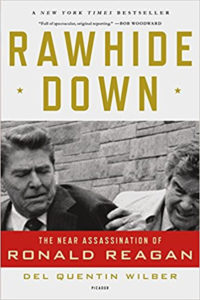 On March 30, 1981, President Ronald Reagan was nearly assassinated outside the Washington Hilton hotel. Author Quentin Wilber gave a minute to the minute information about this anecdote to his readers

Read it For:
author’s compelling narrative skills which take us back to the time when this murder attempt took place.

Don't Read it For:
this book is compiled with clumsy and self-conscious writing

What makes this book stand out?:
Extraordinary narrative skills which rev us back to March 30, 1981, when this attempt took place. 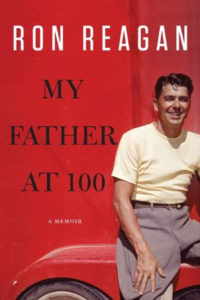 Launched and written by Ron Reagan, son of Ronald Reagan, specifies the most powerful and celebrated president’s life as a dad. Ron personified his father and personal memories with him.

Read it For:
Ron added many stories which he has inherited from his father. This book acts as a whole for the fans of Ronald Reagan.

Don't Read it For:
Avoid the wisdom of Ron.

What makes this book stand out?:
Depicting relationship of a father and a son which is quite formidable.