When a person pens down the memories of the events and happenings of his life; he is said to be writing a memoir. Writing memoirs have been popular since time immemorial. Even the great Mughal kings like Babur and Humayun wrote memoirs, which now serve as important sources of information.

In recent times, the trend of writing memoirs has gained a new pace, as people came to realize that memoirs were an important tool in preserving the personal legacy. Some of the best books to read in 2016 were memoirs. Book clubs often included memoirs in their book recommendations, and when newspapers published their top 10 books, memoirs often featured in the list. Memoirs are often considered as the best books one can indulge in. 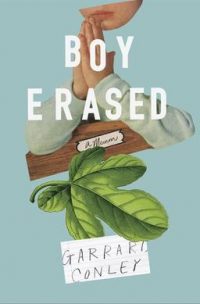 A book about a young homosexual man, who is also the son of a pastor; this book is very important today. The author talks about the choice he had to make when he was nineteen; to either “stop” being gay or to lose his family, friends, and life as he knew it, forever. He, therefore, goes in for the gay conversion therapy. This book was among the top 10 books on homosexuality in 2016.

Read it For:
The author’s search for his true identity and his navigation of his complicated relationships with his family and friends.

Don't Read it For:
the heartbreaking account of Conley going through the painful and traumatic conversion therapy by his church.

What makes this book stand out?:
the bravery and kindness with which author deals with homophobia and the way in which he humanizes the very people who taunt him for his sexual preferences. The book teaches us how to love, both ourselves and others. 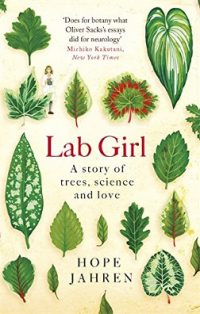 Love, work, and plant life are the main themes of this book by acclaimed scientist Hope Jahren. She writes about her childhood years in Minnesota, where her father encouraged her to play in classroom labs, about how she learned to put in both her heart and her hands in science and about the ups and downs that accompany scientists everywhere.

Read it For:
A brilliant account into the life of a scientist, her failures and successes and her travels and adventures with her best friend, Bill.

Don't Read it For:
The book does not completely acknowledge the struggle many smaller labs go through to find funding. It might also not bode well for people who don’t have a scientific bend of mind.

What makes this book stand out?:
Its appreciation for the odd, the absurd, its humor and the juxtaposition of plants against humans. A brilliant read. 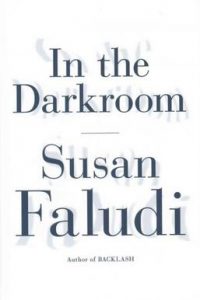 Faludi writes about her search for her missing father, which turned into a larger search for the meaning of one’s identity. She tries to connect her father, who has undergone a sex change surgery and now identifies as a woman, with the abusive and violent man she had known as a child. One of the top books of 2016.

Read it For:
The author’s struggle as she searches for her father across continents, uncovering his many identities, with her investigation turning more personal than she’d ever fathomed.

Don't Read it For:
A disjointed narrative and unnecessarily long passages which often jump from one topic to another, leaving the reader confused.

What makes this book stand out?:
The glaring questions the author asks, about identity. She, whether identity is influenced by cultural, political and religious factors or, is it something we are born with? A book that is going to stay with you, long after you’ve finished the last page.

Switched on: A Memoir of Brain Change and Emotional Awakening 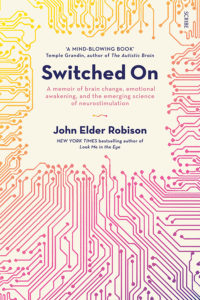 Talking about cutting-edge brain therapy and how it changed his life, Robinson writes a sequel to the critically acclaimed Look Me In The Eye. He writes about his experiences in a study which claimed to use a new brain therapy system to help autistic people feel emotion deeply.

Read it For:
The author’s experiences as a person who lived with Asperger’s for 40 years and was then suddenly able to feel a wide range of emotions in other people.

Don't Read it For:
the book has a lot of filler material and might not interest people who are not fascinated by the brain.

What makes this book stand out?:
A clear and vivid style of writing, with the author, talking about the lasting effects of brain therapy and it helped him in picking up social cues; which he would’ve missed earlier. 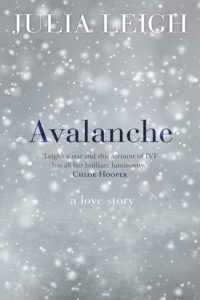 A book about the reality behind million-dollar fertility clinics, raised hopes and dashed dreams, Julia Leigh writes a haunting account of her journey as an infertile who desperately wanted a baby.

Read it For:
A true story bravely told about the harrowing experiences one goes through in fertility clinics and the challenge of trying to conceive a child when your body itself is against you.

Don't Read it For:
The book drags in parts, is repetitive, self-indulgent, and does not offer a reason for the author’s infertility other than her age.

What makes this book stand out?:
Its brutal honesty, and how the author finally came to terms with the fact that she would not be able to bear children. An important read for those who have undergone the same experiences. 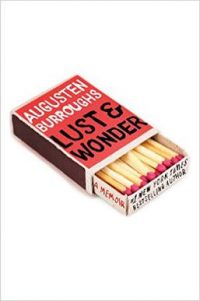 The third book in a series, Lust, and Wonder describes the author navigating through relationships in New York City. It focuses on the ups and downs of three of his relationships, in a style which has humor and tragedy both.

Read it For:
The author’s wacky take on love, lust, and relationships; with bare details in a way which is brutally honest and often self-deprecating.

Don't Read it For:
Lust and Wonder do not hold a candle to the author’s other works; Running with Scissors and Dry. Readers who have read the previous two books might find their patience running short with this book.

What makes this book stand out?:
The characteristic pathos and humor deployed by the author, in a book where he tells every single detail of his love life; no holds barred. 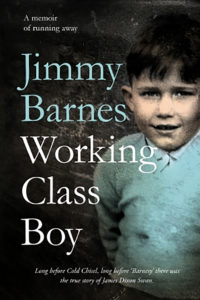 This book tells the true story of the rock and roll legend, Jimmy Barnes. It talks about how James Dixon Swan became James Barnes or Barnesy, his violent childhood and the effect it had on him throughout his troubled life.

Read it For:
The hard-hitting story of a boy whose family migrated to Australia from Scotland for a better life, but was instead hit with poverty, neglect, and violence. The book reflects bravery and resilience in the face of very hard times.

Don't Read it For:
People who don’t know about Jimmy Barnes or don’t prefer to read the graphic, violent and chilling books.

What makes this book stand out?:
Its Australian style of storytelling, of a boy whose family collapsed and who saw rock and roll as an opportunity to leave behind a life of domestic abuse and alcoholism forever.

Bruce Springsteen is a well-known American singer, songwriter, and guitarist, who wrote this book about his exhilarating Half Time show at 2009’s Super Bowl. The book talks about Springsteen’s childhood in New Jersey and the factors that fuelled his desire to become a musician. It also talks about his personal struggles, thereby revealing the true meaning to many of his songs.

Read it For:
Bruce Springsteen’s characteristic humor, honesty and originality; in a book that is written for all those who love rock and roll.

Don't Read it For:
A book especially written for fans of Springsteen and the worshippers of rock and roll; it might not appeal to those who are not fans of the genre or the musician.

What makes this book stand out?:
One of the top books of 2016, it has been written in a style unique to Springsteen, with every page being written by a man who has thought deeply about his experiences. 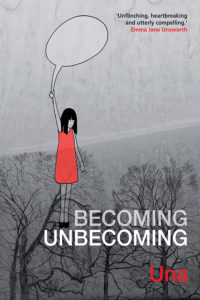 This book narrates the story of a little girl called Una, who is subjected to a series of violent acts, and for which she considers herself responsible. Set in the 1970s, against the backdrop of Yorkshire Ripper man-hunt, Becoming Unbecoming is a devastating personal account of a girl, who is very unlike her playmates. 12-year-old Una is, therefore, forced to ask very real questions about male behavior and its unpunished consequences.

Read it For:
Its gripping narrative about society, gender violence, the blame game, the burden of shame and social responsibility.

Don't Read it For:
The book is heavy, in its plot and the themes it talks about. It is not a light read and, is also a graphic novel.

What makes this book stand out?:
The beautiful symbolism of its drawings and pictures, which talk about a culture where women and girls pay for the crimes committed against them. It tells a haunting story about a society which does not value the life of women who have suffered from sexual assault. A very real book with a well-deserved position among the best books of 2016.

Dog Medicine: How My Dog Saved Me From Myself 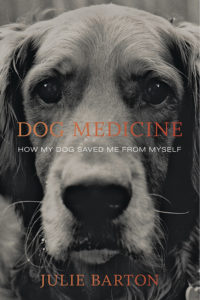 Julie Barton writes this moving memoir about how a puppy named Bunker saved her. When she was in her 20s, depression engulfed her; brought on by childhood trauma and the more recent betrayal she faced from her partner. It was then that her mother gifted her Bunker, which finally helped Julie recover. Writing beautifully, Julie recounts how the non-judgmental love she got from Bunker brought her back from her internalized judgments about herself, where she considered herself ugly, stupid and unlikeable. This book also found itself among the top 10 books of 2016.

Read it For:
A very important book about mental health. In this day and age, where the world is slowly coming to terms with mental health, a book like this elaborates what it is really like, to live with depression. Also, read it for puppy Bunker.

Don't Read it For:
The book is self-centered and revolves around the singular point of depression; which makes it more of a journal than a book. It is too subjective at times, providing only the views of the author and nobody else.

What makes this book stand out?:
The beautiful way in which Julie captures the ugly effects of depression and how long and hard the way to recovery is. Animal lovers will especially love the message is gives out; that the unconditional and non-judgmental love given by animals heals even the most broken of souls.