A bouquet of memories served in writings for the reader to savor, a memoir is a collection of memories presented by the writer to the readers to let them know more about their life. Synonymous with autobiography, a memoir may cover the complete lifespan of the writer or may just be a collection of memories of interaction with a specific place, person or being. It lets the reader slip into the shoes of the writer and understands through the eyes of him to better understand his/her perception and emotion with the memory. As time changes, memoirs have shifted from being concerned with other people around the writer to being author-centric.

the diary of a young girl 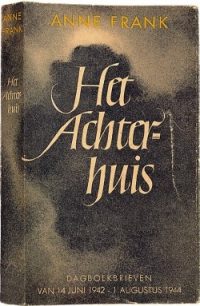 Written and published in more than 60 languages, The diary of a young girl (also known as The diary of Anne Frank) was originally a diary she kept while her family was hiding in an apartment for two years during the Nazi occupation of Netherlands. The book revolves around the life of Anne and her family who went into hiding after her sister receives an official summon letter to join Nazi work camp. The family lived in constant fear of Nazi raid and arrest and the book presents it all through the eyes of a 13-year-old, making it one of the best books to read.

Read it For:
The book presents the Nazi world where the oppressed lived in constant fear of deportation to camps or execution. The 13 year old girl’s perception and intellect makes it a lot more heart wrenching, making it a must read book recommendation.

Don't Read it For:
Since the author is a 13 year old girl, who wished to write a diary and not a book, the book contains a lot loose sections and a vivid gap in between probably because of loss of a diary in between. But overall, the book still holds a lot meaning.

What makes this book stand out?:
A 13 year old girl’s conjecture and speculation of the world, makes it different and justifies its place in top ten best memoir books. 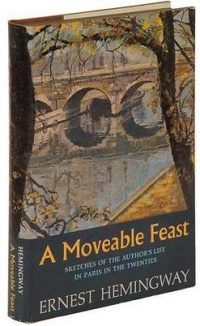 The book contains author’s early years as a young journalist in Paris in 1920s. All this after the Great War when Europe changed its culture course and landscape, the book covers the struggle of Hemingway and other writers who sought their way to become a great writer later like James Joyce and T.S. Eliot, making it a best seller and best book to read.

Read it For:
The book shows a writer’s struggle and their plight as a beginner. Being an expatriate, Hemingway portrays a stranger’s look of a new country to make this book a best book to read.

Don't Read it For:
The memoir is a prose interpretation of the era while a lot of deep facts aren’t acknowledged to a great extent. Other than that, the book is a very potent figure of the 1920s.

What makes this book stand out?:
Being a deceivingly simple and exact portrayal of Paris and expatriates in the era after The Great War, this book makes its place in the top ten best memoirs. 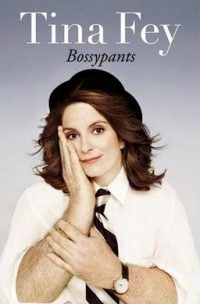 A comedian by profession, Tena Fey’s Bossypants was a huge success due to its sarcastic essays that depicts the life of a comedian which somewhere is a woman too. The book consists of a bit of sarcasm, humor, inspiration and then there are essays that are straightforward and deep, setting it apart from rest of the books of the genre and making it in top books to read.

Read it For:
Bossypants contains humor entwined with inspiration and revelations that are present in the society, making it a lovable experience to read it.

Don't Read it For:
If you expect the book to be a straightforward model of life of Tina Fey, the book would surely disappoint you with prose she deliberately drops here and there.

What makes this book stand out?:
The book is neither a total humorous plot or a non-fiction account of the writers life but rather is a combination of both. 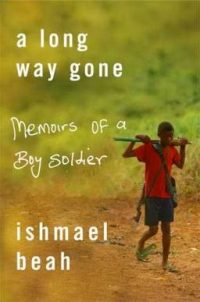 Set in Sierra Leone, Africa the book is a life journey of a 12 year old Ishmael who was separated from his family and was later forced to be a child soldier in the Sierra Leone Armed Forces. The book recounts many, life-changing turns in the life of Ishmael which shaped the mindset of a young child. Published in 2007, the book covers civil war in Sierra Leone.

Read it For:
A long way gone is a book about struggle, inspiration, hard work and the fact that how if given a chance, a child with guns can be a man with a pen.

Don't Read it For:
Though with a few fight and war scenes, the book shouldn’t be hard to read. Some people might be hurt by the mention of children being used as weapons. Since this is a real life account, the mention should make sense.

What makes this book stand out?:
Depicting the situation in Sierra Leone, Africa at the time of civil war makes this account of life an important aspect to understand if you wish to know more about the South African civil war. 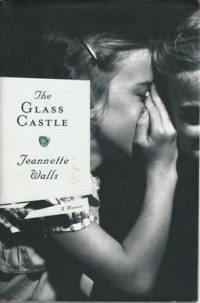 The Glass Castle is a 2005 book written by Jeannette Walls. The book is an heartwarming autobiography memoir of her own life which is no less than a rollercoaster rides with more down falls than ups before her late teens. The family would live on bits and kept moving in order to escape debts. Life changes as Jeannette completes her schooling and moves in to New York to complete graduation. The book is a life experience of unconventional life with dysfunctional parents and hardships of a poverty stricken family.

Read it For:
The book shows struggle of life and its twists and her will to make her own destiny to reach where she is. The book is inspirational and powerfully shaking, making it one of the best memorial books.

Don't Read it For:
This book is not an artistic book but a real angle to the life of Jeannette Walls. She deceptively puts in all the pain and suffering in plain sight and does not shame or hide her own mistakes or that of her family.

I know why the caged birds sings 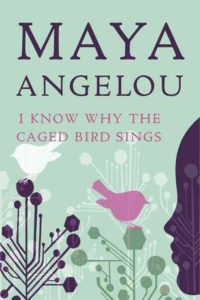 As Maya grows up under the care of her grandmother, with whom her father left her, she learns the discrimination black people bear and yet her grandmother is polite with everyone in town. Soon she and her brother are taken back by their father who to another mother in the city. Life moves on with more sharp turns and trauma which leave Maya mute.

Read it For:
The book presents Maya’s journey of hope and life from being discriminated to being molested and raped and later rejoicing life and making it better. It is an inspirational story with a lot to teach those who feel they have failed and lost it all.

Don't Read it For:
The book sometimes over emphasizes on little parts while skipping some major issues abruptly. And yet the book is a delightful experience of hardships of life.

What makes this book stand out?:
Maya makes it evident that life goes on and a single event can’t define you. This book is a masterpiece for its writing.

The dividing bell and the butterfly 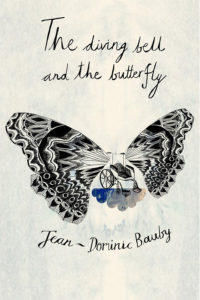 After suffering a stroke that paralyzed and left in what locked in syndrome by doctors, the editor in chief of a French magazine Jean wrote a book in such severe condition by blinking his left eye only. The book presents everyday life of a person suffering from locked in syndrome.

Read it For:
The book is a great source of inspiration for each and every person who feels lost or failed in life, to show that life is meant to be given a meaning.

Don't Read it For:
The book is a little less than a novel and is just less than 150 pages. Yet the book is a marvel to read and Jean says a lot in less words.

What makes this book stand out?:
The book stands out for a major reason of dedication put in by jean in creating a marvel to savor.

Me talk pretty one day 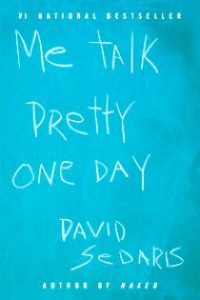 David Sedaris writes in his book about his own life before moving to Normandy and the subsequent changes after it. The book contains a lot of chapters on his upbringing and his family and their life before David finally moved in to Normandy. The later chapters also contain his experiences in some humorous tone sometimes.

Read it For:
The book contains a lot many humorous events in his life which make reading the book an enjoyable event.

Don't Read it For:
The book contains a bit exaggerated and over rated incidents which might not be an interesting read. But you can’t let a little bad outshine all the good in the book.

What makes this book stand out?:
The book makes you laugh at quite rhetorical puns put in by Sedaris. 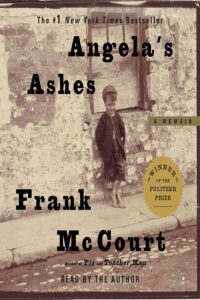 Published in 1996, the book is set in pre-war limerick with Frank and his family trying to outshine their luck and escape from grasps of poverty. The story is about Frank’s survival in the slums while living up to be a great author.

Read it For:
The book is a classic humor with Frank’s rhetoric approach to sarcasm makes it a book recommendation for readers.

Don't Read it For:
The book portrays a lot of social evil evident in today’s society and a survival heist which makes the book intense at times.

What makes this book stand out?:
The Pulitzer Prize winner author Frank McCourt leaves no stone unturned in his own life and tells out embarrassing yet humorous stories of his life to portray his survival.

Dreams of my father 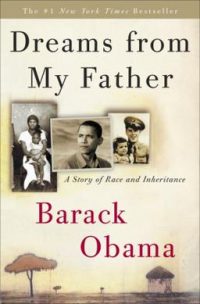 The book is written by former United States president Barack Obama was published in 1995 and contains his story of life from early years to his entry in law school in year 1988. The book contains the story of racism and discrimination Obama went through in his early years and how he formed his life.

Read it For:
The book is a must read and an inspirational source for those fighting against racism. The book portrays the message of changes life unfolds at every turn.

Don't Read it For:
Some parts of the books are not well fabricated but the book is still a very good memoir to read.

What makes this book stand out?:
The way Barack presents his life with ease to express, puts it apart from all other memoirs.