Biographies have always managed to impress its readers as well as serve as a muse and a source of inspiration to many more. This is one of the reasons why it makes perfect sense to read these books for a good biography can change your life for the better. This list has been collated from several sources and features some of the top biographies that have the power to change your life for the better.

Wings of Fire: An Autobiography of Abdul Kalam 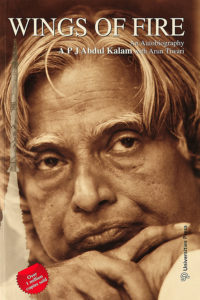 This book is one of the many biographies out there on the life of Abdul J Kalam, India’s ex-president and a scientist unparalleled. What may not be known to many is the fact that Abdul J Kalam had an ordinary background, one where he had to fight and strive for every opportunity that came this way. As a result of his determination and grit, he managed to change the landscape of Indian science for the better and was able to see India through one of the tumultuous phase, where India faced an intellectual blockade as a result of sanctions on account of the nuclear test. This book neatly manages to chart the remarkable life that is Abdul Kalam and brings to fore all the challenges he had to face, both personally and professionally. A definite must read and one of the best books out there. 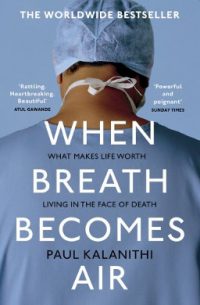 This book is more of a memoir than an autobiography, and concerns the life of Paul Kalanithi,k a renowned surgeon, who was diagnosed with lung cancer. The memoir concerns his transformation from being a doctor and a renowned one at that to becoming a patient overnight. The book is starkly written, lays out the details bare and provides you with a ringside sea to the indefatigable nature of the human spirit when faced with rather unbeatable odds. The book is heartwarming as it showcases how Pauil overcame some of the rather bleak questions that every terminally ill patient asks himself, as to the point of life and what about one’s loved ones. This memoir makes you take a closer look at your own life as it underscores the impermanence nature of human lives. A worthwhile read which is why it is one of the top 10 autobiographies of 2016.

The Vanishing Man: In Pursuit of Velazquez 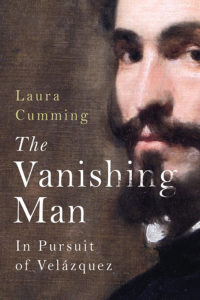 To call this book a biography alone would be short selling it for this biography is much more than that including being a riveting detective story that goes beyond the art and takes a closer look at the man Velazquez was and why he is considered to be an outstanding artist today. The book contains two sections; one concerns the life of Velazquez and his gripping work and explores the various influences that caused him to be such an outstanding painter in the first place. The second story, picks up much later in 1845 when a book seller in reading comes across an old dusty portraint which me mistakenly believes to be a Velazquez and what follows next is his grit and determination to prove his suspicion wrong. The biography shows how despite the time period, Velazquez still has the power to reach out and transform your life. The book is a definite must read and is one of the top 10 biographies of 2016, masterfully crafted and hard to put down as well. 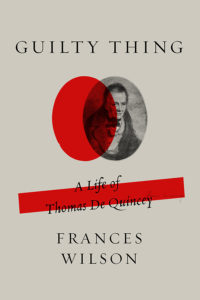 A brilliantly captivating portrait of Thomas De Quincey and the remarkable life that he led; this biography into the life of a man who served on as an inspiration for various writers from Charles Dickens to Virginia Woolf. He certainly managed to both shock and awe his audience with his various essays. Naturally, he chose his profession, in part inspired by literary giants such as wordsmith and Coleridge and resided in one of the poet’s cottage which he later on turned into an opium den. This book take s you on a fascinating journey, of riches to rags story of a journalist who eventually comes undone. It has been beautifully crafted from start to finish and stands out as one of the best books. 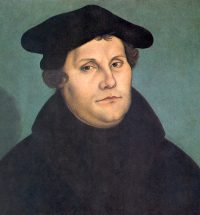 An inside look into one of the most convoluted and complicated figures who created the protestant reformation movement. This authoritative biography takes a closer look at Martin Luther and his earlier formative years and makes it apparent why he played such a pivotal role in European history to the point of changing the landscape of many a nation. In fact, this movement was pivotal to the change in rules of succession for many a monarchy including that of England, where Catholics are not considered to the line of succession. The book pans Luther’s life but instead of a dull staid biography, this one manages to paint Luther in colors never seen before and even hints at his own misgivings. A must read book since it is one of the top 10 books 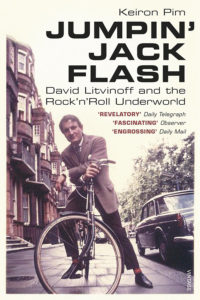 This biography jumps at you right from page one and concerns the life of David Litvinoff, a man who dabbled in music, crime, drugs and preferred to remain in the shadows as one of the movers and shakers and yet, about whom so little was known until now. Pim’s biography into the life of a recluse as he takes you back to the seedy 1950s only makes it apparent how hard life was back then, and that the choices you made then, redefined your path for the rest of your life. David lived in the shadows and now, for the first time ever, he is bought out into sharp focus, thanks to this brilliant piece of work by Pim. A must read for it stands out for all the right reasons and is one of the book recommendations for this year.

At The Existentialist Café: Freedom, Being, and Apricot Cocktails

This book is remarkable in two aspects, apart from the way that it has been brilliantly crafted in the sense that it is one of the rare few to take a very close look into the roots of existentialism as we know today. It underscores the fact that one of the modern philosophical moments of today started with a drink in a café, which is but apt given the topic. The biography follows the lives of Satre and his close friends as they continue to explore existentialism and all it brings to the table. A must read in every sense of the word for this book definitely stands out as one of the top 10 biographies of 2016. 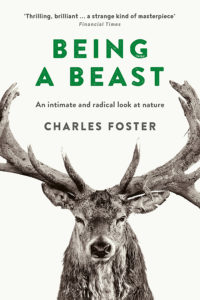 This memoir is one that will stand out right away, for it is transcendently weird yet hauntingly beautiful piece of work for all the right reasons. This book captures the pivotal moments as the author decides to find out what it is to be a beast, in the literal sense as he tries to live like a badger, an earthworm, a fox and much, much more. On an abstract level, the book points out to the indefatigable nature of human curiosity and the fact that it often leads all down strange paths, never tread before. This book is but a prime example of the same as it chronicles the author’s attempts to put it all in perspective. A definite must read for the book certainly stands out as one of the top 10 biographies. 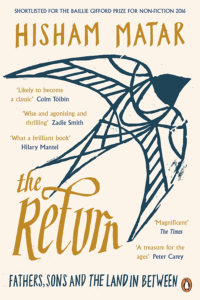 This personal memoir reads more like a thriller and it sure keeps you right on the edge as you skim through the pages. It chronicles the life of the author from the moment his father is kidnapped and taken to Tripoli courtesy of the Gadhafi regime where he is imprisioned and tortured. The son never gets to hear from his father or for that matter, even have inkling of his fate, whether he is still alive, in prison or elsewhere. Finally, after the fall of the Gadhafi regime, he manages to travel back to Libya and discovers the bitter truth and comes face to face with his extended family. A must read for all obvious reasons including the fact that this is one of the too books for biographies and memoirs

Their Promised Land: My Grandparents in Love and War 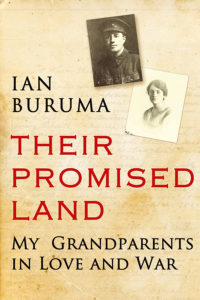 A fascinating discovery of a slice of migrant’s life in UK , delved into with rich detail, vivid imagery and just the right amount of personal information to snag you right from page one. This memoir concerns the author’s grandparents from the time they married to the course of both their lives through two world wars. A  good read from start to finish and one of the best books