Born on 4th August 1961 in a small town called Honolulu in Hawaii province of the U.S., Barack Hussein Obama served as the 44th president of the United States. His early life comprises of his parent’s divorce when he was 21 and acquiring the degree of M.A in economics from Harvard University.

Before standing in the elections on behalf of the Democratic party, Barack served as U.S junior senator of Illinois from 2005 to 2008.

Dreams from my Father: A story of race and inheritance 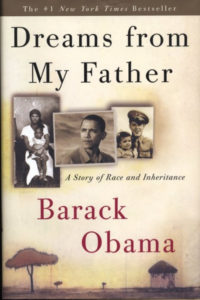 Dreams from my Father is the collection of events, incidents, and memories of Barack Obama which is penned down by himself. In this book, he recollected all his early days from childhood up until he made it to law school in 1988. He published this memoir when he started campaigning for Senator elections.

Read it For:
the small anecdotes he had with his mother and for the moral values he inherited from his poor father.

Don't Read it For:
Obviously not being a professional writer, the style is quite compromising, but the book has a lot to say.

What makes this book stand out?:
its vivid nature of comprehensive narration and life experiences of the then President.

The Audacity of hope 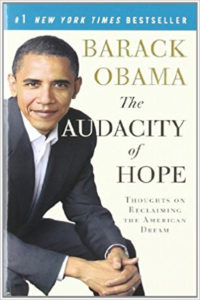 If the first book describes Barack as a common man and his common man’s experience, this second instalment from Barack encompasses his dreams and political insights. He wrote about many subjects which became key points in his presidential campaign.

Read it For:
Obama’s political and historical beliefs and his mindset regarding American culture.

Don't Read it For:
The book consists of a pile of pages discussing only politics which makes the language rhetoric.

What makes this book stand out?:
amazing strategies and policies Barack shared with his senator knowledge. 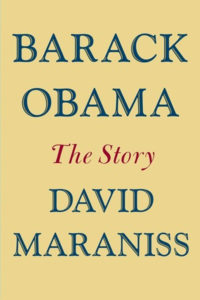 The author David Maraniss masters in glorifying the top leaders of the world. In this instalment, he portrayed Obama’s  other side as a boy in the streets of Honolulu and unfolds small villages of Kenya and areas in and surrounding Kansas. Basically, he wrote Barack Obama as a whole from Childhood to his presidency.

Read it For:
greater insight into Obama’s life, well-researched work of author and history before his birth.

Don't Read it For:
As most of the points are covered by Barack Obama himself in his autobiography, some content might seem to be repetitive.

What makes this book stand out?:
After receiving a pompous response, this book is considered to be one of the popular books on Barack Obama.

Of thee, I sing 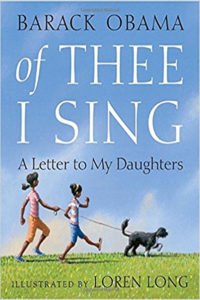 Yet again written by Barack himself with the help of Loren Long, this volume contains stories of 13 influential Americans like George Washington, Martin Luther King, Abraham Lincoln etc. By this work, he tried to pass on the legacy and philosophies of the leaders of the U.S. to coming generation.

Read it For:
the message and learning’s from the top-notch personalities in the American history.

Don't Read it For:
Though highly recommended for children, this book isn’t as entertaining as it should be to the adults.

What makes this book stand out?:
the beauty and tenderness of the letters written and ideals of ground-breaking personalities of America.

The Bridge: The Life and Rise of Obama 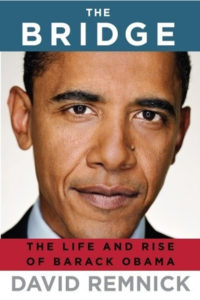 the book is the biography of Barack Obama written by journalist David Remnick. This 600 pages book is the result of numerous interviews with close members and acquaintances of Barack and interviews with Barack himself. It also focuses on core qualities of him like poise, calm, charismatic and political calculations. It also depicts Barack’s relationship with his alienated father.

Read it For:
the dense and detailed description of Barack’s life, his run for White House, and his personal one.

Don't Read it For:
for the same repetitive contents. Otherwise, the book is inspiring and revealing

What makes this book stand out?:
It is the best biography written on Barack Obama till date. 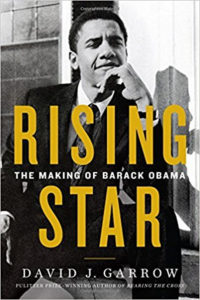 This 1460 pages biography of Barack Obama written by David Garrow received mixed reviews from critics as well as from readers.

Read it For:
the letter written by Barack and his friend Robert Fischer keeping their point against rhetoric opportunities given to black Americans.

Don't Read it For:
It is avoidable if one has read any other author’s biography as this one is tedious and unnecessarily stretched.

What makes this book stand out?:
meticulously placed research work, references and index.

Obama: The call of History 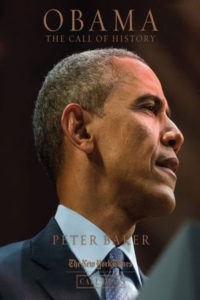 Peter Baker, chief white house correspondence for New York Times illustrated the life of the 44th president of the U.S. in the oval office. It vividly explains how he faced mid-term election defeats, planned and executed homicide attack on Bin Laden, addressing meetings.

Read it For:
tough decisions taken by him and witness the life in the office

Don't Read it For:
As this book doesn’t go in very depth, it summarizes a little

What makes this book stand out?:
deft decisions, planning and how he handled the presidency for two terms.

We are the change we seek 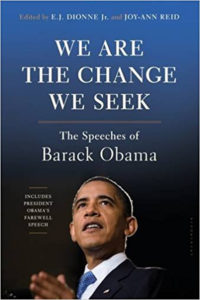 We are the change we seek is the collection of Barack Obama’s 26 greatest addresses ever summed up by columnist E.J Dionne and Joy-Ann Reid. Starting with his first speech in 2002 against Iraq war and closing the curtains by addressing United nations in 2016.

Read it For:
inspiring words from the ex-president of U.S.

Don't Read it For:
After laudable reviews, this book doesn’t need any loopholes.

What makes this book stand out?:
inspiring and motivational speeches by the history’s most profound and respected leader.

Change we can believe in 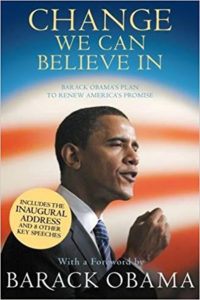 This is another book written by Barack Obama. In this book, he phrases his ideas and philosophies for better America in bold letters. Primarily paying attention to issues like healthcare, energy conservation, middle-class upliftment and many more.

Read it For:
Keeping aside his social and political life aside, Barack turned in the direction of problems faced by common Americans.

Don't Read it For:
the liberal policies which don’t affect the current situation positively.

What makes this book stand out?:
the ability of Barack Obama to bring a significant change in the world. 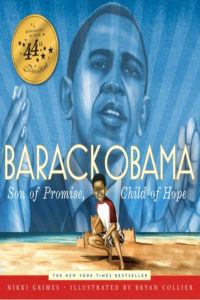 illustrated by Nikki Grimes and Bryan Collier, this book talks about an exceptional man whose hopes kept him alive and cheerful even if he was in a dreadful situation. Barack Obama has been a motivator for millions and billions of people all around the world.

Read it For:
Obama’s journey to become the 44th president of the U.S. A mother tells a story to her son who is not aware of who Barack Obama is.

Don't Read it For:
it works as political propaganda rather than acting as children’s book.

What makes this book stand out?:
the marvellous odyssey of the great Barack Obama.