Thousands upon thousands of autobiographies have been written and published around the world. A number of these autobiographies brought lessons to our lives. Others rekindled emotions and love inside us.

How I became a Tree 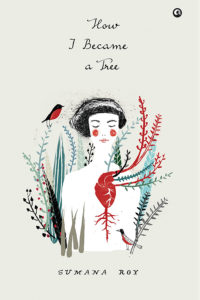 Sumana Roy takes us on a journey in this book in a new and different perspective of what it is to be human in the natural world. Against the norm of life, corruption, greed, dishonesty, and selfishness, Sumana admires the peaceful tree life in the native.

Read it For:
This book brings the reader an atmosphere of the possibility of a better life above the normal contaminated one. It brings forth an experience of calmness. It is fascinating.

Don't Read it For:
The allegory in writing is incredible and paints a picture of a complete calm and tranquil life from the pains and hardships but could end up leading people to laziness and denial of the part they need to play to improve their lives.

What makes this book stand out?:
The allegory is just top notch, and it brings to light the possibility of a human living a different, calm and comfortable life from the usual norms just by having his or her mind tuned in that desired direction. This is one excellent and remarkable autobiography. 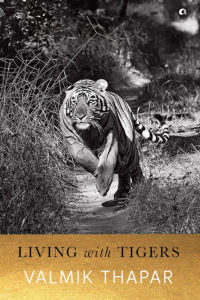 This book is about a city boy who at the age of only 23 was not sure of what lay ahead. He encountered life in the forest, a dwelling place of wild tigers and his life took a new trajectory forever. For forty years he studied tigers, spending much of his waking moments close to these wild animals.

Read it For:
‘Living with Tigers’ brings a refreshing thought to the reader on how it could be being around these magnificent wild Tigers.

Don't Read it For:
This kind of story comes out so real that one would be tempted to move to the forest in search of Tigers. This might end up on the flip side as it might not work as it worked for Valmik Thapar.

What makes this book stand out?:
This book illustrates how one should not be quick to give up despite the uncertainties lying ahead. It takes one correct thought to change your life. 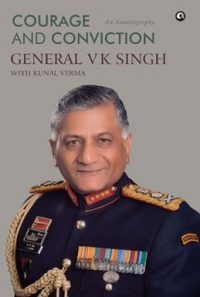 A great autobiography of one soldier man, who served in the Indian Army for more than forty years, retiring as Chief of Army. Through his courage and faith together with his fellows, he helped in the formation of Bangladesh and Sri Lanka being part of the Indian Peace Keeping Force.

Read it For:
Individual courage and convictions are great virtues in someone’s life. This book brings you to speed on what the two can help do in a person’s life. It teaches what an individual stands to achieve as long as you have a principled stand as concerning a matter. General VK story is fascinating to read, candid and compelling.

Don't Read it For:
Little portions of this autobiography by General Singh are quite controversial to apply as examples in real and normal life.

What makes this book stand out?:
The ability in courage and conviction is well illustrated. We all need such for growth.

Being the Other: The Muslim in India 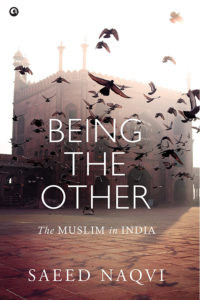 This great compilation is written in the perspective of Muslims of Awadh. It gives a real and deep insight of the Awadh cultural values pointing the inclusiveness. It also gives great highlights of the circumstances in the post-independence of India which have influenced Muslims in India.

Read it For:
It is non-fictional. It teaches the history of India well and how it evolved. It brings to light the role of various political formations in a particular country or state.

Don't Read it For:
If you read this book and play the victim, the entire globe gangs up against you! This book is one of those filled with hate though.

What makes this book stand out?:
It exposes the reach value of the cultures in India. Being non-fictional, it appreciates the gains made through time. It is an exceptional book that is provoking and troubling too, helping the reader to understand what has shaped the contemporary Indian Society. 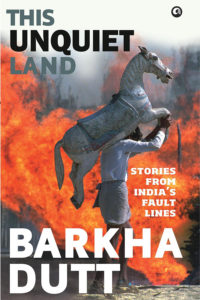 Wow! The title is interesting. It portrays a story of Barkha’s reputation as India’s best-known journalist. Her trial to create a fault line at IIT Roorkee backfired terribly. Criticism is also well spelled in this autobiography to a large and great extent. This book speaks openly about India as one of the most complex society on the globe.

Read it For:
The book tells the truth openly as concerns India’s secrets and lies, its hardships and victories, its victims and victors.

Don't Read it For:
India’s fault lines run deep. The countless number of victims includes rapists, corrupt politicians among others which Barkha Butt remembers as ones that have left a deep and wide mark on her. It provides a devastating picture of the unquiet land. 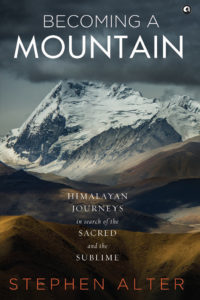 This autobiography spells a story of a young man born and raised in the Himalayas, where he lives with his wife, Ameeta. Their calm life was once interrupted when four unknown armed people attacked them and left them for dead. This attack left him questioning about his life all along from childhood, leaving him like an alien in his land.

Read it For:
Despite his awful encounters, Stephen Alter sets a goal to prove he had healed mentally as well as physically. He took treks as a way to rediscover mountains in his innermost landscape.

Don't Read it For:
This story is quite heartbreaking even though inspiring.

What makes this book stand out?:
Stephen Alter’s story gives the reader a great and touching meditation on the solace high points, hidden meanings and persevering the mystery of mountains.

Butterflies on the Roof of the World 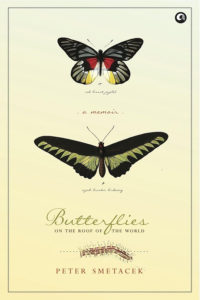 The author of this book paints a tremendous and beautiful landscape environment up high the mountains that happen to be the perfect places for many butterflies’ species. Peter Smetacek takes us on a journey into the forests, streams, meadows, and ravines in the Himalayas.

Read it For:
This autobiography is very informative, entertaining and captivating. It kindles in the reader an urge to want to explore these butterflies in their natural havens. He shares the ways at which the butterflies’ surmount challenges in nature by their wing shapes, colors and patterns.

Don't Read it For:
Peter compares the behavior of a human when tipsy to a drunken moth. This is quite on the lower level of such an incredible piece.

What makes this book stand out?:
It is a rare expose of uniqueness and passion to a family that is determined to explore one of the most insignificant creatures around. 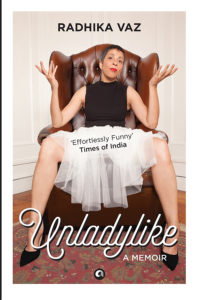 Radhika Vaz’s book is an interesting merger of humor and critical thinking that uplifts the reader. In this great piece, she takes the readers through the authors last four decades, with hilarious accounts that shine a light on her life and career with funny subjects like ‘self-esteem issues that accompany her flat chest’ It exposes her rough moments through her girlhood and teenage years in school.

Read it For:
Radhika’s book quickly relates with the reader. It enhances sober thinking and lightens up the readers because of the blend of humor it carries.

Don't Read it For:
Radhika Vaz story tempts the reader to think it is wrong to have children. She disdains children and how she does not wish to have any at all. It has a little of vulgar language too.

What makes this book stand out?:
The author addresses issues in society that have been considered taboos. Her writing is so thought provoking that by merely telling her life, she kind of makes the readers draw parallels with their very lives.

Subhas and Sarat: An Intimate Memoir of the Bose Brothers 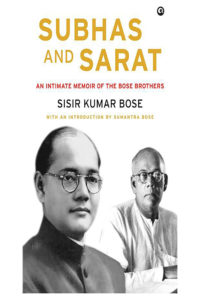 This great autobiography is a knit together portrait of the Bose family of Bengal. It narrows down to the two most famous members, Sarat Chandra Bose and Netaji Subhas Chandra Bose. They were instrumental in the Indian Freedom struggles. The author, Sisir Kumar Bose talked about the happenings of between the mid-1920s to the ugly 1940s when the freedom struggles were heightened.

Read it For:
This autobiography gives a good study of the phases of the Indian Freedom Struggles, offering a great look at the involvement of Subhas and Sarats in the politics of the day. The author, being observant, joins in the escape of Netaji from the oppressors as a driver. Netaji ends up as the Supreme Commander of the Indian Army.

Don't Read it For:
This book is very informative and educative. Read it more than just a novel or storybook.

What makes this book stand out?:
It contains useful information that stands the test of time and is a part of our remarkable history. 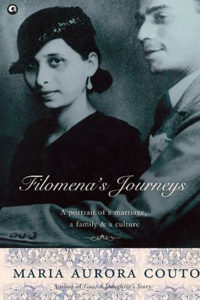 Filomena’s Journeys is a special moving tribute, of a daughter to her mother who meant the world to her, her six siblings through all the years of hardships. Her life was transformed in a way she could not have imagined, from a landowning family to a formidable eminence but was not pleasant at the end as a result of her husband actions.

Read it For:
Filomena’s journey is very inspirational. It shows what convictions can do in an individual’s life.

Don't Read it For:
It shows poor parenting and especially from the father’s side, who caused the family painful memories.

What makes this book stand out?:
This is a captivating story of a family and how they endured hardships and insecurities. It is a tale of love, faith, hope, and resilience. It is so compelling and at the same time revealing the society’s culture making it stand out tall.