Andre Paul Guillaume Gide was a French author who was awarded Nobel Prize in literature in the year 1947. He was a novelist, essayist and a dramatist as a whole. His career began from the late symbolist movement to the arrival of anti-colonialism.

Till date, he is famous for his comprehensive and creative way of writing in which he manifested his love for truth with a slight pinch of psychological perception. Some of his famous works include the Immortalist and Strait is the gate.  However, Andre was not satisfied by being a novelist, he experimented with essays and dramas. 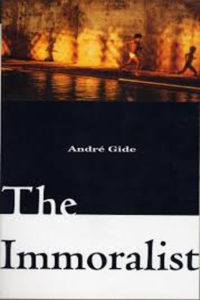 Written and published in 1902, the plot revolves around the narrative events which are being told by Michel to his three friends. One f his friends searches for a job for Michel. Important points in Michel’s story are his recovery from tuberculosis, his attraction towards estate caretaker's son and his perspective towards life and society.

Read it For:
Explicit and beautiful narrative skills of the author. We feel the place which is being described in the book. The book shows bisexuality of a person, without hurting anyone’s sentiments.

Don't Read it For:
A story portrayed a bisexual person and his emotional turmoil state. There are many sensuous and seducing scenes created which many people won’t like.

What makes this book stand out?:
The way Andre weaved his creative imagination and social issues together is absolutely laudable.

Strait Is The Gate 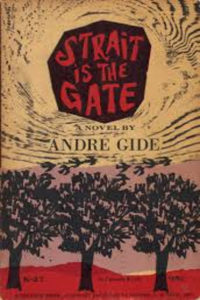 The story is set in a French town. Cousins Alissa and Jerome fell in love with each other at an early age. With religious pressure and his Mom’s beliefs, Jerome couldn’t marry Alissa, and he failed to recognize the love of Alissa’s sister Juliette. As story proceeds, Alissa dies, and Jerome met Juliette after years in Paris. There they were apprised that Juliette still loves Jerome in spite of having a successful marriage with another man.

Read it For:
the amazing and perfect definition of love. If you are an ardent believer in love, this book is a perfect read.

Don't Read it For:
It failed to give perfect romance needed from a reader’s point of view.

What makes this book stand out?:
Gide spread the message not to abandon the religion while also not to avoid the normal feelings of a human. 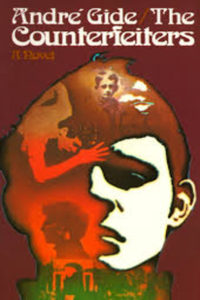 The plot revolves around Bernard and Olivier who are good friends from childhood. After some years, Bernard and Olivier ended up in the same bed as they failed to see the affections before. This book also deals with homosexuality and the problems inevitably faced by the characters which result in a destructive outcome.

Read it For:
Though receiving a cold response early, this book is a good read for understanding bisexual and gay relationships.

Don't Read it For:
As it encompasses only male gay and bisexual characters, the story may seem to be boring at a certain point.

What makes this book stand out?:
Depicting various homoerotic and homosexual relationships and also it’s pros and cons. 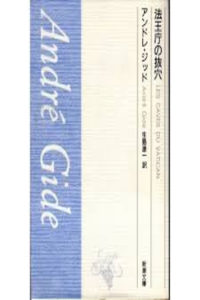 This book is narrated by the first-person narrator. A group of fraudsters convinced upper-class French people that the pope of the Vatican is kidnapped and in replacement, a fake pope is sitting in the cathedral. In a series of dramatic ransom demand and rescue of the pope, errors were defined and absence of irony of which Andre is famous for.

Read it For:
Drama creation and suspense created by the author. In this part, the author has directed his pen not towards the God but towards the institutions who preached him.

Don't Read it For:
The plot is loosely built and points many institutions of God.

What makes this book stand out?:
The story is thorough, and the suspense is nicely explained.

Travels In The Congo 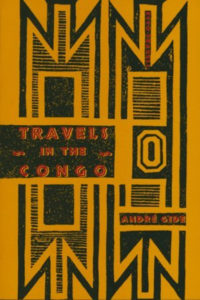 The Belgian Congo, which is now a country of the Central African Republic, is described in this book with a writer’s hold. The startling description of the landscapes and rich tribals leaps your imagination to a great extent.

Read it For:
the vibrant and vivid colors of imagination which will be incorporated into us while reading.

Don't Read it For:
This book is more of a travel guide and less in connection with the characters.

What makes this book stand out?:
An exuberant way of describing the beauty of the coordinates. 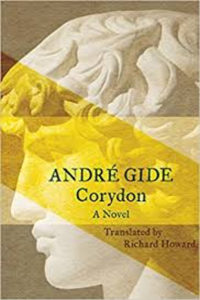 Corydon is a compilation of four Socrates dialogues on homosexuality. Gide uses this four dialogues as evidence to make people understand that homosexuality is quite natural and prevalent in almost all religions and areas of the world. Gide added that the male-male relationships are showcased by many writers and artists such as Virgil, Shakespeare, and Titan.

Read it For:
precisely researched work of the author in order to write evidence to prove his point of homosexuality.

Don't Read it For:
This book specifically focuses on LGBTQ community, and after a limit, one loses interest in it.

What makes this book stand out?:
This book created a huge impact on the stereotype minds who believed a homosexual relationship as a sin. 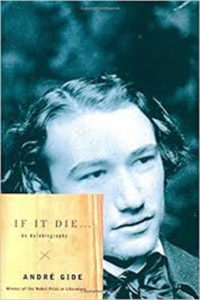 Nobel Laureate Andre Gide’s autobiography became a companion to twentieth-century literature. This personal experience f the author brings a chill through our spine as he discussed his sexual desire and childhood circumstances he faced without an embellishment. This unapologetic and frank work by the author helped this book to reach its critic acclamation.

Read it For:
It will act as a source of inspiration to many people. It teaches us to filter out the social norms and to endure what we all have thought of.

Don't Read it For:
Though it will become boring after some pages if carried on will bring the reader back on track

What makes this book stand out?:
Extraordinary behavior of the author and real-life experiences depicted to the world. 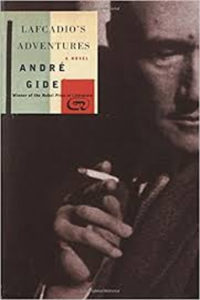 This complex novel by Andre Gide comprises of three parts in which the main protagonist is portrayed as a crippled scientist who wanted to demolish the religious superstitions by his vigorous experiments which involve animal vivisection and abuse. Though physically impaired, his mental strength was inversely proportional to it.

Read it For:
It is a joy to read this fiction compilation by Andre Gide because of his superlative imagination skills.

Don't Read it For:
The traditional way of writing might not fit a bunch of readers.

What makes this book stand out?:
nicely knitted characters as they swallow the readers in it without breaking the neck.

The fruits of the Earth 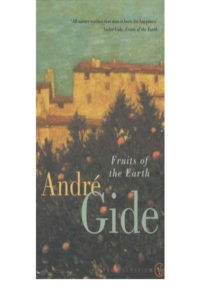 This is yet another prose-poem genre Andre Gide books. The book consists three characters, narrater, narrator’s teacher and young Nathaniel. The first broke the rules and family and the second one seeks adventure to heal from his tempered feelings.

Read it For:
Gide’s harp written words as he himself suffered a lot in the childhood.

Don't Read it For:
It is difficult to hang on after some passages.

What makes this book stand out?:
the glorified courage of the writer and for the memories which take us back in time.

If the grain does not die 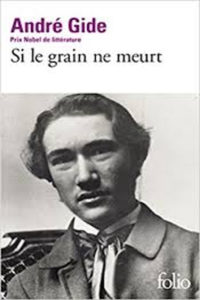 This work is the autobiography of Andre Gide. It encounters the anecdote from Andre Gide’s early childhood days till his engagement to his cousin Madeleine Rondeaux in 1895. This book has two parts. The much shorter second part include his homosexuality discovery in Algeria which was a part of Oscar Wilde.

Read it For:
the way Andre had accepted his homosexuality publicly and was not ashamed of it.

Don't Read it For:
Still, it is not spirited in some portion of the world as homosexuality is still a taboo.

What makes this book stand out?:
frankness and cheerful nature of Andre as a homosexual person. This book, with no doubt, was Andre Gide’s bestseller.