Victor Hugo was a French poet and novelist from the Romantic Movement. While in France, he had written and published a number of famous novels; outside France, there are an equal number of Victor Hugo popular novels which reached a level of prominence as well.

Two of the most well-known Victor Hugo books have even adapted to the Silver Screen, transferred into two classic movies. Les Miserables was made into movies 7 times and even gave rise to a mini-series, not to mention countless stage plays. The Hunchback of Notre Dame also gave rise to 13 different films, as well as countless other adaptations in separate media. 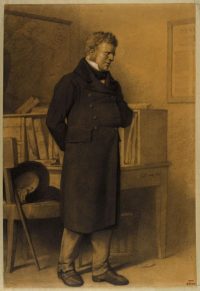 With a character of such historical prominence in literature like Jean Valjean, Les Miserables is Victor Hugo’s best book with historical importance in an epic manner like never before. The story is so much more than just that. With components of crime, punishment, persecution, desperation, utter and complete desolation the story touches the heart and rips it up, reducing it completely to tatters. Les Miserables showcases morality and immorality slowly but surely turning to amorality.

Read it For:
It is of the utmost importance that this piece of literature does not go unread. Whatever else you do in your life, don’t give this Victor Hugo bestseller a miss.

Don't Read it For:
You will be reduced to tears on several occasions and will end up questioning human beings and the evil they bring upon the earth.

What makes this book stand out?:
It brings out a darker side of human beings that usually stays hidden.

The Hunchback of Notre-Dame 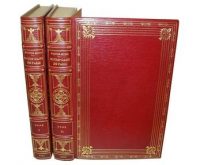 A book that completely put forth Victor Hugo's power of description in front of his myriad readers, there are not too many children who have not heard of this story. Made more child-friendly by Disney's portrayal, the story of Quasimodo, the hunchback who lives in the shadows of the bell towers of Notre-Dame, is haunting to put simply. With the gypsy dancer, Esmerelda, and the priest Claude Frollo leaves the reader shuddering as they place themselves in the place of these mysterious characters.

Read it For:
The story has a sense of tragic irony and again is one of those stories you should read at least once. If you don't, it's you who misses out.

Don't Read it For:
Don't read it expecting a light read. It has much more depth than the title, and all the hunchback comedies you have seen suggests.

What makes this book stand out?:
The inability of the author to fail in describing the stark, raw emotions of the characters take the story to another level hidden by sarcasm.

The Last Day of a Condemned Man

This is a book you should hope you never understand truly, being written from the point of view of a man condemned to die for crimes committed. Hated and cast out by society, the man wakes each day in prison contemplating his life and everything besides that. Knowing that he must tread the trodden path to the guillotine, the book is eclipsed by a sense of hopelessness. It is a book where you know what the ending will be, but it is the journey there that will take you on a separate journey.

Read it For:
Hugo loves darkness. Seriously what was wrong with the man? Read it for a take on death that is so very clear but ambiguous at the same time.

Don't Read it For:
It is not a book again for the light of heart. A man is condemned to die, and these are his last hours.

What makes this book stand out?:
A man dying. His thoughts put out on a plate in front of you. Every one of us has imagined what it would be to die. This tells a take none of us dares contemplate.

The Man Who Laughs 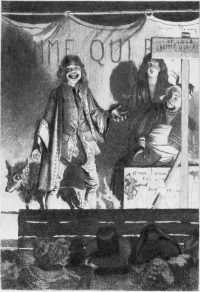 A ten-year-old boy is cast out in the middle of a snowstorm and has to survive himself. Oh! But it is not that easy, as he finds a companion from inside the dress of a lifeless woman – a baby girl trying its best to get the last drop of milk from her mother, who has none for her anymore.

Read it For:
If you are a Hugo fan, you can't afford to give this one a miss.

Don't Read it For:
sheer complete and utter heartbreak. That is what is waiting for you within those pages.

What makes this book stand out?:
The story makes you fall in love with both the major protagonists. Not a book that anyone should miss.

The Toilers of the Sea 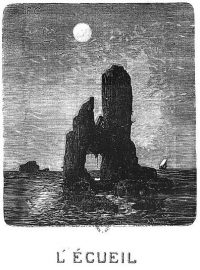 A story of adventure, this book yet again traverses the depths of human character but for the first time, it's not dark, depressing or sad. The sort of story that Hugo was famous for, at that time, this story talks about a reclusive fisherman who must do all in his power to free a ship that has run aground. At the same time, he harbours hopes for asking the hand of the shipowner's daughter.

Read it For:
A lighter Hugo book for heaven's sake. Give it a try. This is what made the man famous in the first place.

Don't Read it For:
Do not expect a lot of modern-day haberdasheries. This is a long time ago when things were done correctly.

What makes this book stand out?:
A glorious cast of characters. 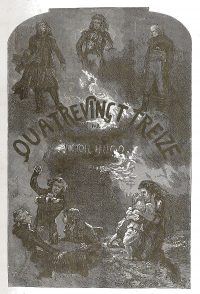 It is the second year of the Republic, 1793. Things have taken a change for the better. The year saw the execution of Louis XVI, the rise of the Terror, and the monarchist revolt – a year of change indeed and a brilliant premise for Hugo to set his book in. The three protagonists represent three different beliefs, but there is only one place it all ends – on the scaffold.

Read it For:
It is an enlightening take on the French Revolution and an elaborate work on human emotions.

Don't Read it For:
No reason you should not really. Jump into it.

What makes this book stand out?:
The description of the French society.

The Legend of the Ages 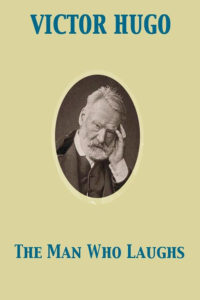 A collection of poems by the master at work, Legend of Ages/Centuries, does not stop at a single story but tells many. In the book, he contemplates the 'wall of centuries' where the whole procession of humanity can be seen.

Read it For:
The utter beauty of the words as they will make you contemplate the world as you know it.

Don't Read it For:
Don't read it if you don't really like poems. Full of metaphors diving in from every direction, the book is not for the casual bystander.

What makes this book stand out?:
The painting of humanity and the childlike manner of description. 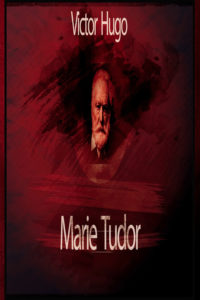 A play written by Hugo, Mary Tudor is graceful in what it does not say. It is a description of the rise, fall and finally execution of Fabio Fabiani by Mary I, despite her unwillingness to do so.

Read it For:
The candid take on emotions.

Don't Read it For:
It is a play and not for everyone.

What makes this book stand out?:
The inevitable nature of the tragedy. 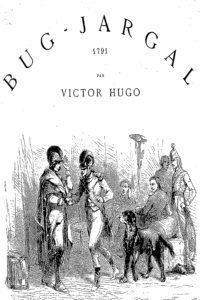 It is a work by Hugo, dealing with the colonies of that time and is a colonial fiction piece. It follows a friendship between an enslaved African Prince and a French Military Soldier.

Read it For:
An astounding description of slavery and how it was starting out in those days.

Don't Read it For:
Not the most action-filled piece, it deals with emotions.

What makes this book stand out?:
The helpless friendship between the captor and the captured. 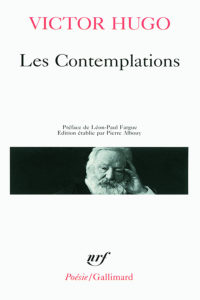 A collection of 156 poems over 6 books, Hugo experimented with the concept of autobiography in this book. It was also sort of a true homage to his daughter who drowned at sea. Classical and Romantic at the same time, Hugo respects and describes the forces of nature in a manner that is utterly unforgettable, and brings tears to eyes.

Read it For:
These poems are unsurpassed in tone and rhythm.

Don't Read it For:
Again these poems are not for everyone as they introduce a theme of metaphors that go deeper than most are comfortable with.

What makes this book stand out?:
Hugo is unsurpassed when it comes to his poetry, as he proves in this collection.