Herman Melville, best known for his legendary whaling novel Moby Dick, is an American novelist, short story writer, and poet. He is one of the brightest names of the American Renaissance epoch. His works were inspired by his many trips and whaling voyages to the sea as a green hand and from the perception of a young sailor. They also talked about the rapidly changing American society and the many contradictions that clashed.

His narratives crossed the boundaries of reality and often tread on biblical events, myths and fantasy. He wrote a good many books in his complex, baroque style. Here are top 10 books of Herman Melville in order of their popularity. 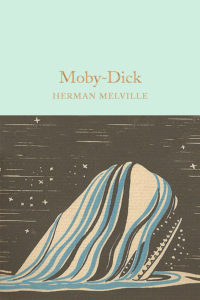 Ishmael is a whaler ship’s crew who gets involved in Captain Ahab’s obsession with finding and slaying the great white whale Moby – Dick. The story revolves around the things that happen aboard and the inter-personal relationships as well as that with oneself, and especially about their idea of the Leviathan. Ishmael finds himself torn between the decisions of good and evil as the whale itself represents a metaphor that can be perceived as anything, to be honest, even contradiction itself.

Read it For:
The best Herman Melville book is more than a sea-voyage saga or a revenge adventure; it has many layers hidden in it in the form of the then social and political structures of America.

Don't Read it For:
It has an extensive detailed description of whales and the whaling industry which often has little or nothing to do with the main storyline. It works great as a backdrop but takes away from the essence of the adventure.

What makes this book stand out?:
Being the best Herman Melville book in terms of magnitude, lyrical poetry, humour and a look into the characters’ perceptions – a look into Melville’s lifelong study of American world. 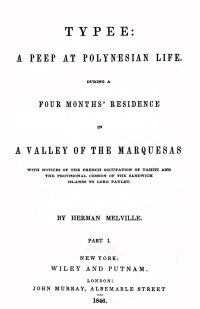 Typee is one of the most popular Herman Melville novels; it takes on a part-autobiographical and part-fictional storyline about his adventure and stay with the cannibals in the French Polynesian island Nuku Hiva of Marquesas in South Pacific. The novel brought Melville the nickname – the man who lived among the cannibals.

Read it For:
It largely explores the undertone that takes you to the wilderness and the rough edges of the struggle for survival.

Don't Read it For:
Many people say that the events of the story are not entirely correct and that travel journals were consulted to fill in the gaps. Some even claim they are outright lies.

What makes this book stand out?:
Being a Herman Melville bestseller with an extensive blend of memoir, exotic culture and a feel of adventure. 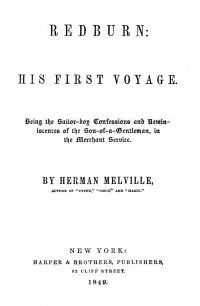 Wellingborough Redburn is a sailor who finds a job on the Highlander, a merchant ship setting off from New York City port for Lisbon. The book is taken straight out of the life of the author himself and the experiences he had at sea.

Read it For:
Melville’s in-depth and exploratory voice unraveling the things that happen on the dock of a ship in the 1800s.

Don't Read it For:
It might get too detailed and descriptive in places to hold your attention.

What makes this book stand out?:
Being one of the best sea-novels out there, it brings to you the always-mysterious sea world in an intriguing, touching and informative narrative. 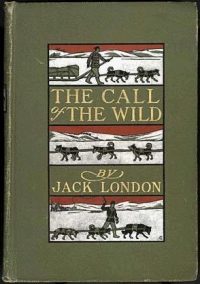 Read it For:
The bond that humans and dogs share is beyond explanation and is surreally beautiful and mesmerizing. This story also falls along the same line, but with a dilemma, of whether the dog would go with the pack or remain with the family.

Don't Read it For:
Might contain instances of animal abuse.

What makes this book stand out?:
Stories that are narrated from the point of view of a dog are quite rare and requires a lot of guts to do it. Jack London has indeed done a great job with this novel and has once again broken a lot of clichés and boundaries regarding storytelling. Anyone who has ever read it would surely consider it as a Jack London best book.