Known for his striking language and well-though-out plotlines, Thomas Hardy was indeed a literary genius, who made an unparalleled contribution to the world of English literature. “Under the Greenwood Tree” is considered one of the best Thomas Hardy books in order and also was his first book as a novelist. Thomas Hardy was born in Stinsford, England in the 1840 and completed his university education from the King’s College London. From poetries to novels to short stories, he wrote it all but prominently regarded himself as a poet as he was inclined towards the art of poetry more than anything.  Here is a list of the top 10 books by Thomas Hardy, which are all classics, one of a kind and highly regarded in the literary circle.

Under the Greenwood Tree 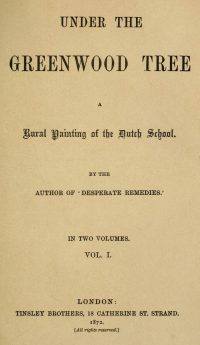 Romance is a popular genre both amongst readers and writers and has been mastered by Thomas Hardy whose novel, “Under the Greenwood tree”, is a classic example of a gentle and beautiful romantic story. Dick Dewey, a church musician falls in love with his school mistress, Fancy Day, who is both smart, elegant and charming. It is a simple, yet charming love story set in the backdrop of the beautiful Victorian era and sits right at the top of the Thomas Hardy best sellers list.

Read it For:
Changing seasons are the most romantic period of all and one can see why Thomas Hardy took that as his setting for this novel. Another element, which brought out the true essence of the story is nostalgia, which was not only depicted through the storyline but also through the thought process of Thomas Hardy.

Don't Read it For:
Poor characterization of women.

Far from the Madding Crowd 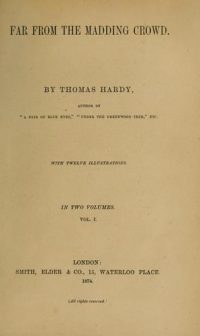 Bathsheba Everdene comes to Weatherbury and becomes a farmer on the largest land of the entire area. She is smart, independent, beautiful and highly passionate about her work which makes her highly likable and attractive. Boldwood, Sergeant Troy, and Gabriel Oak try to impress her which leaves Bathsheba Everdene in a great dilemma.

Read it For:
It is a poignant and ethereal story of Bathsheba Everdene and her three suitors Boldwood, Sergeant Troy and Gabriel Oak who give it their all in order to impress Bathsheba. Characters are beautifully described along with the modest setting of a rural background which makes it even more realistic and beautiful.

Don't Read it For:
The plotline gets pretty predictable

What makes this book stand out?:
It is indeed a classy classic with immaculate characterizations and dialogues.

The Return of the Native 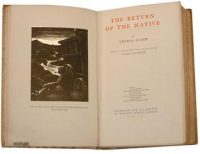 The story is about two characters who are stuck in places they don’t want to be. Eustacia Vye is a maid and lives in the Egdon Heath, which is located on the moors of Wessex.  She yearns to go to Paris and enjoy the city life but is unable to. On the other hand, Mr.Clement (Clym) Yeobright, lives in Paris but yearns to come back to his native to his homeland.

Read it For:
A Thomas Hardy masterpiece which is brilliantly written is sure not to be missed.

Don't Read it For:
Has a slow start. 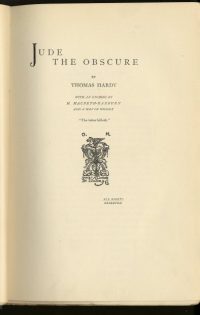 The protagonist of this story Jude in a way represented several men of that era. He is a total dreamer and is usually lost in thoughts of maybe and may not. With his cousin Sue Bridehead, he goes on an unforgettable journey, where he learns the brutal truths of the world.

Read it For:
Thomas Hardy has for sure managed to evoke the feelings of empathy through this particular book and especially through the character of Jude.

Don't Read it For:
Highly tragic

Tess of the D’Urbervilles 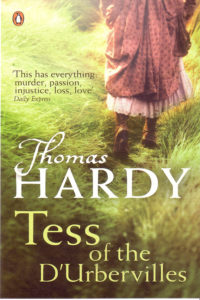 Tess Durbeyfield, the protagonist of this story is a poor young woman who belongs to the 19the century. The fact that separates her from the rest of the female characters of that period is that she is a hardworking girl, who is capable of working and getting her due diligence. But life never seems to be easy for Tess, whose life goes downhill when she meets her cousin Alec.

Read it For:
This book provides a completely new perspective and point of view of the peasant society, who are often considered nonsensical. Thomas Hardy has also presented the protagonist, Tess, in a different light all together which is nothing similar like any of the contemporary literary characters of that time.

Don't Read it For:
The storyline is indeed depressing.

What makes this book stand out?:
This book is unlike other books of that time and has presented ideas in the most nuanced way possible.

The Mayor of Casterbridge 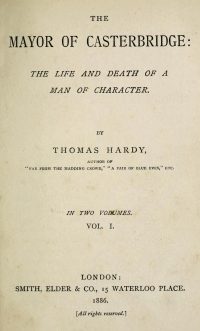 Set in the Dorsetshire town of England, this story is about a prosperous man named Michael Henchard, who has a very flawed and tragic past, which makes him feel ashamed of himself.

Read it For:
The theory of “every action has an equal and an opposite reaction”, is played out quite well in the narrative which is well depicted through the various happenings in the story.

Don't Read it For:
The storyline might seem a little irrational.

What makes this book stand out?:
Thomas Hardy with his writing has indeed brought the story and its characters to life. 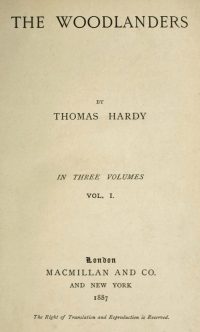 The lives of 4 people are significantly intertwined with each other, which makes it difficult for all of them. Grace Melbury, lives in Blackmoore Vale and is asked to marry Edred Fitzpiers, in spite of her love for Giles Winterborne. Edred Fitzpiers, on the other hand, is also not happy with the marriage as he too loves someone else, i.e., Felice Charmond.

Read it For:
Complex stories are worth the read which keeps one intrigued throughout and this novel by Thomas Hardy is a classic example of that.

Don't Read it For:
The ending seems a little ambiguous.

What makes this book stand out?:
The language used is beautifully lyrical and descriptive.

A Pair of Blue Eyes 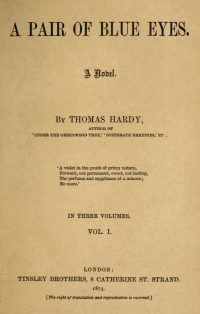 Read it For:
The innocence of Elfride Swancourt can be felt through the amazingly written dialogues which add more character and depth to each character.

Don't Read it For:
The ending might seem a little disappointing.

What makes this book stand out?:
This novel is a perfect combination of symbolism and suspense. 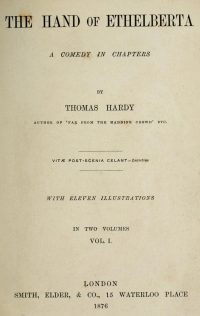 Disguise and lies are the two major themes of the story written by Thomas Hardy. It revolves around the life of Ethelberta, who lies her way through the path of success. She uses her wit, charm, and intelligence to get whatever she wants in life. But will it last?

Read it For:
A quintessential Thomas Hard wrapped in themes of disguise, dishonesty, and lies.

Don't Read it For:
Characters are a tad bit unappealing

What makes this book stand out?:
One of the Thomas Hardy books which are light-hearted and comical in nature 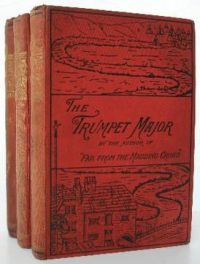 It’s the story of a woman who is courted by three suitors at the time of the Napoleonic war.

Read it For:
The Trumpet-Major is one of the unique and off-beat stories of Thomas Hardy. With interesting historical dimensions, this book is a true winner.

Don't Read it For:
A bit difficult to read.

What makes this book stand out?:
With so many twists and turns, one would indeed be surprised and at the same time shocked by the outcome after twist