Many would sure be familiar with Karl May’s most famous characters Old Shatterhand and Winnetou, which have been a part of several Karl May bestsellers and other popular Karl May books. Some of the other well-known Karl May popular novels include Der Schut, In den Cordilleran and others, which were all predominantly travel related. Karl May’s influence in the world of German Literature is quite commendable and to know more his work, check out our list of top 10 books by Karl May. 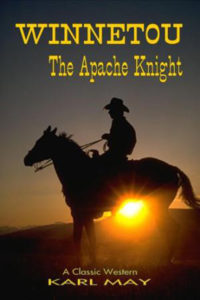 Old Shatterhand, a smart and witty German- American can outrun not only the Yanks but also the Indians, in this classic tale of friendship. Old Shatterhand’s perspective quite changes, when he forms a life-long friendship with an Indian Chief, Winnetou, with whom he discovers the other side of the world.

Read it For:
The classic story of men in foreign lands and the friendship that they form there is something that shouldn’t be missed. A tale that truly deserves to be told year after year

Don't Read it For:
The characters might seem a little stereotyped.

What makes this book stand out?:
Winnetou is a character that will surely stay in your hearts for years to come. His innocence and his true bond with Old Shatterhand is what keeps this book’s story fresh, even after years of it getting published. A book that sure makes its entry at the list of best Karl May book for its sheer brilliance and innocence.

Winnetou, The Treasure of Nugget Mountain 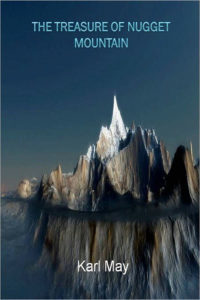 The tale of true friendship between a German-American, Old Shatterhand and an Indian chief, Winnetou set in the late 80’s, which will surely impress you.

Read it For:
To get a deeper insight of the world that was prevalent back then, you got to read this book and also for the fact that it was and is a Karl May best book.

Don't Read it For:
The book is significantly small.

What makes this book stand out?:
Through this book, Karl May has managed to touch upon subjects such as racism, religious and cultural intolerance and others which were quite prevalent back then. 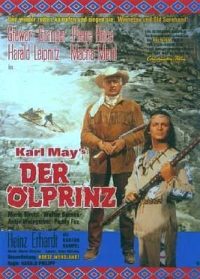 Old Shatterhand and an Indian chief, Winnetou and their tales of friendship, prevails in this book too, where they together face obstacles and challenges. This time the duo not only has to face obstacles like bandits but also in the form of a threatening crook, which is all set to make a fortune out of a  gullible banker.

Read it For:
This book serves as a companion to Karl May’s earlier work, Winnetou, where the two iconic characters of Winnetou and Old Shatterhand were introduced. Interested in good old German classic? Then, you got to read this one.

Don't Read it For:
People who know German might prefer the original one to understand the author’s point of view better.

What makes this book stand out?:
The continued friendship of Winnetou and Old Shatterhand is heartwarming to read, making the story even more special. 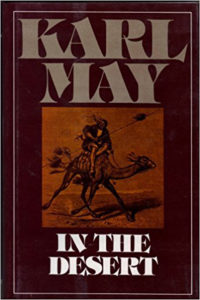 This book follows the heroic life of the protagonist, who helps people all his way through. His way of facing difficulties and obstacles are one of a kind, which is witty and smart and inspiring.

Read it For:
Get ready to enjoy a crazy, adventurous ride through this classic by Karl May, which will keep you entertained throughout.

What makes this book stand out?:
A beautifully translated version of the classic book, which makes the author’s writings available to English readers too. A book that you sure shouldn’t miss though. 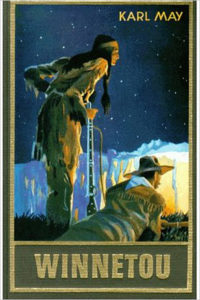 Karl May’s writings have influenced and inspired several across the globe and thanks to translated pieces like this, English readers across the globe also get the opportunity to enjoy the work of Karl May, who was a renowned German writer. The book follows the inspiring tale of friendship, war, and hate set in the early 80’s, where everything seemed extremely prejudiced and unfair.

Read it For:
A book full of adventure and thrill, that you won’t be able to put it down.

Don't Read it For:
Might consist of incorrect geographical details. 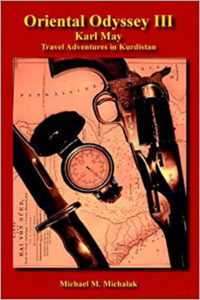 The gripping stories of Hajji Halef and Kara Ben is sure going to intrigue you from the get-go. Their travel journey in Kurdistan is truly one of a kind and memorable.

Read it For:
To delve into the imaginative world of Karl May, you got to read this book.

Don't Read it For:
The narrative seems a little slow.

What makes this book stand out?:
Michael. M Michalak translation is indeed commendable.

The Treasure of Silver Lake 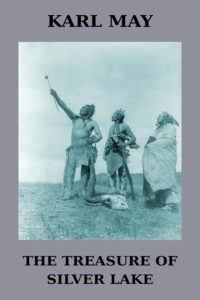 A classic tale that was written way back in 1891, has now been translated by Herbert Windolf, for the entire world to read and enjoy.

Read it For:
To get a sneak peek into the imaginative world of Karl May and his characters.

What makes this book stand out?:
A writer whose writings would not only entertain you but also inspire you.

The Ghost of Llano Estacado 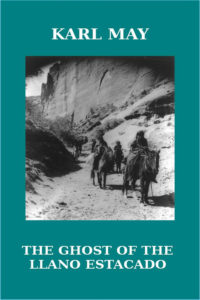 The wasteland of Llano Estacado forms the setting of the story, which his characters refuse to cross, fearing an age-old myth.

Read it For:
A story that you won’t forget for a long time to come.

Don't Read it For:
The content has been edited out of proportion 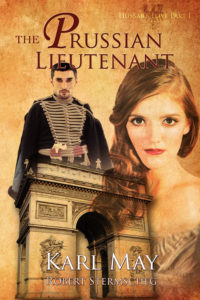 Hugo von Löwenklau rescues a beautiful young woman, Margot, who is off to get married to a rich guy as decided by her step-brother, Captain Albin Richemonte.

Read it For:
Good amount of twists and turns that will keep you hooked.

Don't Read it For:
A bit difficult to understand.

What makes this book stand out?:
A great translated piece of literature. 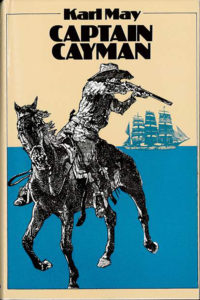 The adventurous lives of Captain Cayman and his troupe are followed here.

Read it For:
An interesting story to read.

Don't Read it For:
A little outdated.

What makes this book stand out?:
Beautiful characterization is one among the many unique aspects of the book.