Ian Lancaster Fleming was an English author, journalist and UK’s naval intelligence officer who is world famous as the writer of the legendary James Bond series. Coming from an elite family background and being involved in intelligence operations in the army served as a brilliant source of inspiration and information for the suavity and sheer ingenuity of the 007 stories. The Bond books are not only Ian Fleming bestsellers, but also one of the top-selling books and consequent movies of all time. 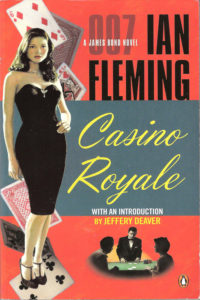 The head of the British Secret Service M sends James Bond to bankrupt a paymaster of a trade union controlled by enemy organization SMERSH, and also Vesper Lynd to assist him. But things take a turn when the licensed killer and Lynd develops a bond while the former lays injured in the hospital and then he finds out that she was actually an involuntary double agent working for the Russians, but not before she has committed suicide.

Read it For:
A much better and detailed portrayal of events than the blockbuster movie starring Daniel Craig and Eva Green, because the book is always better.

Don't Read it For:
If you are expecting a regular spy thriller where all goes well in the end.

What makes this book stand out?:
Ian Fleming’s best book is also the first book in the cult series and paves the way for the setup of one of the greatest franchise of all time. 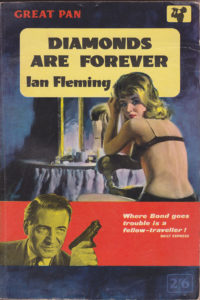 James Bond is now placed as a mole in a diamond smuggling ring that transfers exquisite diamonds from the mines of Crown Colony, Sierra Leone to the posh localities of Las Vegas in the USA. The bond must investigate and take out the racket.

Read it For:
A top-notch and detailed story about the smuggling world and the secret routes between Africa and the States.

Don't Read it For:
Bond books are of a genre which has no particular reason for which you would not want to read them, unless the cutting-edge espionage genre does not suit your reading taste.

What makes this book stand out?:
Giving a better glimpse into the story which majority of the world knows as the super cool Sean Connery movie.

On Her Majesty’s Secret Service 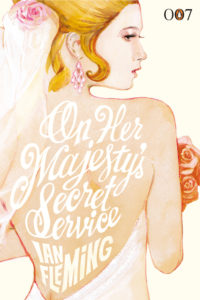 The middle book of the Blofeld trilogy, the dangerous and notorious villain, is back with a bang and manages to escape when Bond hits him where he is based. Bond falls in love and gets married in this book, but the new bride is killed by Blofeld hours later.

Read it For:
The connecting events between the introductory Thunderball and the final book, You Only Live Twice in the trilogy.

Don't Read it For:
The hard-hitting adventure drama takes a little bit of a backseat as Bond’s marriage and the consequent loss of his wife is portrayal. It can be a turn off for the fans of blood and action.

What makes this book stand out?:
Exploring the emotional and somewhat more humane and less killer machine side of James Bond.

The Spy Who Loved Me 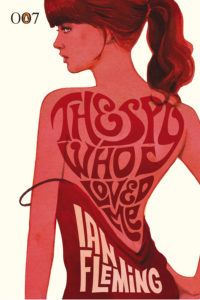 James Bond is in America in the wake of Operation Thunderball pursuing a nuclear expert residing in Toronto, and is met with two mobsters who are trying to set fire to the hotel where Bond and his partner in the book, Vivienne is staying on order of their boss who gains insurance profit from it.

Read it For:
For many people, it is one of the best Ian Fleming popular novels because of his first-person narrative using the voice of Vivienne rather than telling it from the usual perspective of Bond.

Don't Read it For:
It is probably the most sexually explicit Bond books, and this might disturb some conservative readers.

What makes this book stand out?:
Being a lay-down-of-future-plots novel rather than a huge adventure in itself and even though many fans criticised this approach, it is also loved by numbers for the unique attempt. 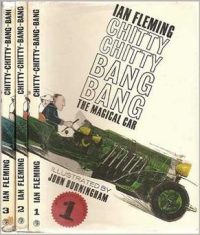 Diverting completely from his usual novels, Ian Fleming wrote this children’s book about a car called Chitty-Chitty-Bang-Bang which can float, fly and drive on autopilot and this car, the Pott family goes off on a series of adventures following a gang of robbers.

Read it For:
It retains the sheer humour and adventure which is so typical of Ian Fleming books, but this time transformed to suit the age of children.

Don't Read it For:
The book is meant for young readers. So if you are not a kid and except to derive the same enjoyment from this like the Bond novels, you should not be going near any book whatsoever.

What makes this book stand out?:
Ian Fleming’s brilliant effort to create something for his son Casper as well as other children of his age, and succeeding at it greatly.

From Russia With Love 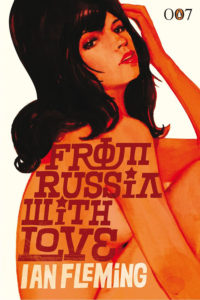 Bond is used here as bait as well as the prize as the notorious SMERSH of Russia is back in the picture and has targeted him to kill. Sensuous Tatiana Romanova tempts and lures Bond to Istanbul with a promise of the famous cipher machine Spectre. But can he be that foolish, or is it all a big, smart twist waiting to be unraveled in the end?

Read it For:
The best sort of spy novel experience – it cannot get any better than this.

Don't Read it For:
If the mere idea of Bond being in any sort of imminent danger scares you.

What makes this book stand out?:
The sheer extent of master manipulation that goes on in the world of James Bond. 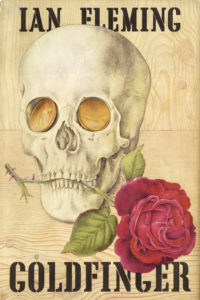 The seventh book in the series has gold-obsessed smuggler Auric Goldfinger who has managed to smuggle tons and tons of United Kingdom’s gold out of the country to secret vaults all around the country and now he is planning the biggest heist of them all – to loot Fort Knox.

Read it For:
James Bond at his very best, taking down not one but two supervillains in the same book – Oddjob and Pussy Galore.

Don't Read it For:
One of the Ian Fleming best books, this one has hardly any reason why you should not read it

What makes this book stand out?:
Creating the most evil and creepy villain of James Bond series, who loves gold so much that he kept his women dressed in gold paint. 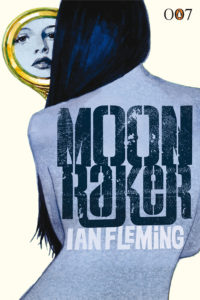 James Bond’s boss M feels like something is not right with the Moonraker project which is under the supervision of high-ranked government official Hugo Drax. M sends Bond to investigate, and not much to his surprise, M’s doubts might just turn out to be right.

Read it For:
A sci-fi take on espionage novel.

Don't Read it For:
Moonraker lacks the breakneck speed of many other Bond novels.

What makes this book stand out?:
Being one of the most loved Bond books as well as movies ever – and the most famous one of Roger Moore. 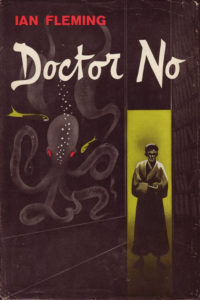 A gigantic madman is hiding out on a tropical island in the Caribbean Islands with a big secret of his own. Bond has to fight him and his assassins as well as a poisonous Tarantula spider to discover the truth behind the strange interference in U.S. missile launches

Read it For:
To get transported back to the tensed times of the Cold War.

Don't Read it For:
If violence and brutal torture is not your thing

What makes this book stand out?:
Putting Bond in exotic locations with creepy villains to fight with.

The Man With The Golden Gun 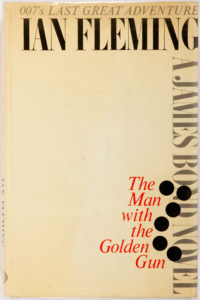 Bond has to win back M and MI6’s trust by eradicating Scaramanga – the deadly KGB trained assassin and travels to Jamaica under an assumed name.

Read it For:
Bond’s coming back after being brainwashed by Soviets

Don't Read it For:
There is no reason as such to not pick up this breathtaking thriller.

What makes this book stand out?:
The 13th novel shines as bright as the 1st one and Bond shines even brighter – aging like good wine.