Have an interest in historical Japanese culture?

If the answer is yes then, you are at the right place to learn more through the books of the great Japanese historical novelist Eiji Yoshikawa (11, August 1892 –7, September 1962); he is best known for his Musashi book series about the undefeated Samurai swordsman from history.

He has written several books on the period of wars in Japan, and all of them are a window to the past, through which you can enhance your knowledge about Japanese culture. 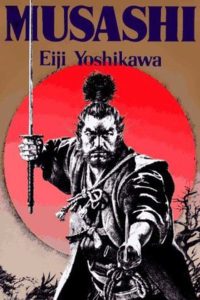 The first book in Musashi series is an international Eiji Yoshikawa best seller. The book revolves around the way of Samurai and the way Miyomato Musashi came into existence as one the most feared swordsman. The book has a combination of love, revenge, and piety in a very subtle as well as imaginative way, representing the classic Japanese storytelling.

Read it For:
Read this book to get an insight into a different world than ours through the memorable characters in the book.

Don't Read it For:
The book is very good and will work as a great way to educate you about a different culture however it can be something, not all find equally delightful like a history and war geek will.

What makes this book stand out?:
The style of storytelling is amazing and irrespective of your cultural background you are sure to love this different way. 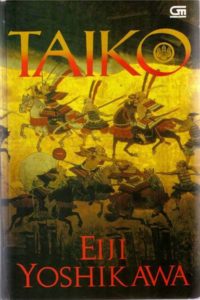 This is a story about the war at the end of the sixteenth century in Japan and how three men rose to power for uniting the nation as one. The story features three men of different character one is a brutal warrior, another one is a wise and cold warrior, as well as a counsel man, the most memorable one, was the one who becomes Taiko in the book, and his character is defined by strong will and humanity.

Read it For:
This book will make you understand the kind of heroes there can be and how strong will of few seemingly insignificant men can create a big difference.

Don't Read it For:
The way events unfold is creative however there can be readers who find it a bit unrealistic, not everyone loves optimistic fiction. The book still is good considering the historical significance just other Eiji Yoshikawa books.

What makes this book stand out?:
The depth with which author has described everything will make you feel like you have lived through all those events. 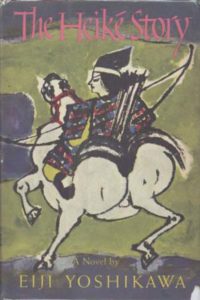 The story is about the rise of Kiyomori a member of Heike clan during the period of war. The Heike and Genji clans join forces to suppress the ongoing war until they start a war between themselves and that is where Kiyomori rises to power.

Read it For:
The amazing twist of fate for Kiyomori and the Japanese culture makes it worth your time.

Don't Read it For:
The book is all about war and rises to power which is something not all enjoy, but it is still a good one for all those who love history.

What makes this book stand out?:
The style of narration and the atmosphere created is fanatic; one can seriously feel everything that is written in the text.

The book is about the story of students who are following the great swordsman Musashi. The harsh rules and choices they all have to make in their life is something really hard for us to do and you will realize that as well once you read the book.

Read it For:
This book will make you understand how hard it is to follow a life others can take inspiration from for ages, one of the reasons why this book is one of Eiji Yoshikawa’s best books.

Don't Read it For:
The book is mostly about rules and regulations the free birds won’t enjoy it, so I will suggest them to stay away until you cannot read it with an open mind

What makes this book stand out?:
The book highlights the path of wisdom which is paved by lessons, trials and encounters and ultimately leading to the perfect light.

Fragments of the Past 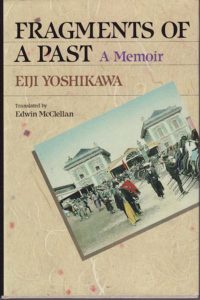 The author is revisiting his life’s first twenty years from his birth in Yokohama to the struggles he had to go through psychologically which lead to him maturing as a man.

Read it For:
This book is especially for those who want to understand how the author became what he is known for now.

Don't Read it For:
The Japanese culture and the psychological struggles mentioned in the book is some may have a hard time with.

What makes this book stand out?:
The description given by the author about his life feels true and not exaggerated at all, which is appreciable. 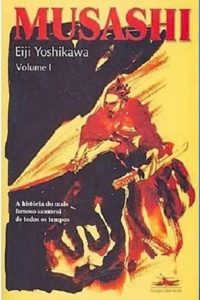 This book like most of the books from the author is again about a warrior’s life, the choices they have to make. In simple words, this book elaborates the way of a warrior.

Don't Read it For:
The book will improve your knowledge about Japanese culture, but then it can feel repetitive to some readers until unless you not diehard fans of Japanese culture.

What makes this book stand out?:
The author has meticulously described a warrior’s life; everything is mentioned in rich detail

Way of Life and Death 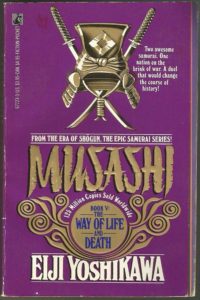 It is one of Eiji Yoshikawa’s popular novels, in the world famous Musashi series; the story in the book is about two great swordsmen, who rose to power during the war on opposite sides. One is Miyomato Musashi- mysterious and introspective; another one is Sasaki Kojiro- arrogant and ambitious. The book elaborates how these two most feared swordsmen stand against each other in their final confrontation.

Read it For:
The book just like others highlights the war history of Japan in a very interesting manner.

Don't Read it For:
The plot is again about Musashi some might not be super excited about it, but it is still good, you should read it.

What makes this book stand out?:
The knowledge and insight the author provides about Japan in all his books is something he has not failed to do this time as well.

The Art of War 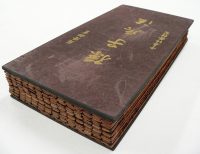 Another one in the Musashi series, this book tells a story where Musashi is traveling to a foreign land Kyoto to challenge the House of Yoshioka, but he has to face another man before. The great swordsman here discovers the meaning of following the way of the sword.

Read it For:
This book will help you understand that whatever path you choose in life, there will be challenges and consequences of selecting that path, you have to find the true meaning of it and live your life.

Don't Read it For:
The book features old-school war stuff which won’t be appreciated by all, but the book overall is really good and worth your time.

What makes this book stand out?:
The author is known for his detailed description which he has done again in this book as well.

The Way of The Sword 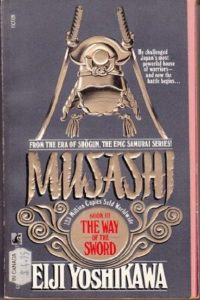 Musashi spills the best blood of the House of Yoshioka, and now they are struggling for survival. Musashi has to face a battle which is going to change his life forever.

Read it For:
The book is about war and survival, so all the battle lovers will love this book.

Don't Read it For:
The book is nice but many will find that it has nothing new for the readers; this doesn’t mean you should not read it. It is very entertaining.

What makes this book stand out?:
This book will enhance your knowledge about the way in which Japanese clans used to fight for superiority. 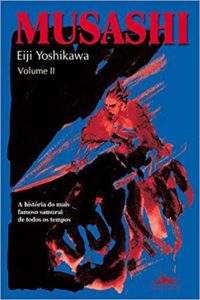 Unlike other editions of Musashi this one doesn’t feature action it has some romance and sentiments. Musashi is searching for the spiritual side of being a warrior.

Read it For:
Immerse yourself in Japanese culture through this book and the entire Musashi series.

Don't Read it For:
The end can feel a bit quick, it was not very well executed but an amazing read overall.

What makes this book stand out?:
The characters from past and the future are beautifully explained in the book; the places, motivation behind actions are also vividly described here.