Inherited humanism from his love John Steinbeck and fetched that sense of absurd from Kurt Vonnegut, Christopher has been the bestselling author. His absurd fictions are appreciated by all those who love him. Born on 1 January 1957, Christopher moor is a writer of absurdist fiction. He grew up in Mansfield OH and attended the Ohio University and Brooks Institute of photography. Being a child, he was always surrounded by books that his father would get every week from the library. This pretty much became the reason that at the age of 12 he started writing and by the age of 16, he realized that this is the best for him. His pen has done the best work and ended up giving super entertaining novels and short stories to the generations. Since he has been working as an author since long, he has earned everything with ample experience and that he knows what should be served that will be loved by people. Moore has named Kurt Vonnegut, Douglas Adams, John Steinbeck, Tom Robbins, Richard Brautigan, Robert Bloch, Richard Matheson, Jules Verne, Ray Bradbury, H.P. Lovecraft, Edgar Allan Poe and Ian Fleming as the ones who influence his writings the most. His choice of people who influence him pretty much support the idea of him been the bestselling author and that his books are worth a read. 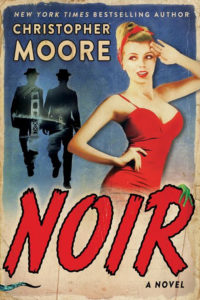 it is a tale of love at first sight that is intervened by an air force general before it can move on.

Read it For:
those who always want to laugh out loud while reading. This is an ingenious read that can amuse the souls.

Don't Read it For:
those who look for elements of seriousness should not prefer reading this book.

What makes this book stand out?:
The book narrates a story of the post-war time and does complete justice to the situation.

Lamb: The Gospel According to Biff, Christ’s Childhood Pal 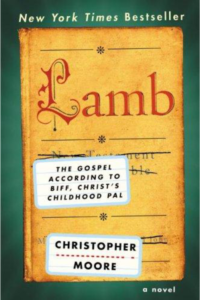 This is a tale of the early life of the son of God which has been narrated by the Messiah’s best bud in a divinely hilarious yet heartfelt manner.

Read it For:
those who are looking for a different thought process about spiritual subjects must give this book a hit.

Don't Read it For:
those who think talking about spirituality is not their cup of tea should abstain from reading this book. 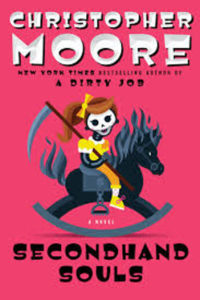 In the city people are dying but their souls are not being collected and you know that can turn dangerous.

Read it For:
those who invest their belief in subjects like afterlife, dark powers, souls etc will find it highly adhesive.

Don't Read it For:
those who feel it is haphazard to memorize a lot of characters, might lose the rhythm of the story and hence interest.

What makes this book stand out?:
having read the prequel can make the understanding better and illustrate the fun story with complete justice 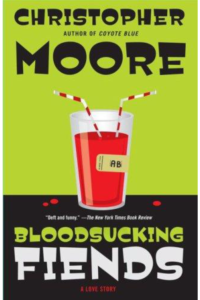 This is a love story that can prove to be a good read for the adults on an afternoon of mundane stuff. It is the perfect escape.

Read it For:
this is must read for the fantasy lovers but one must also like vampire stuff.

Don't Read it For:
for some it might not come out to be as expected. Maybe they might not find it that funny.

What makes this book stand out?:
the broad illustration of the situations and love cascades fall all the way from heights in this tale. 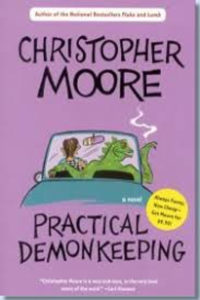 as the name says it, it is a tale of experience of keeping a demon who has a habit of eating everyone he meets.

Read it For:
those who love reading quirking stories and characters will find it a good read.

Don't Read it For:
some might not find the ending as exciting as expected and hence think it does not deserve a read.

What makes this book stand out?:
the book stand out- it is a short yet fun read and holds the attention right from the beginning keeping it until the end. 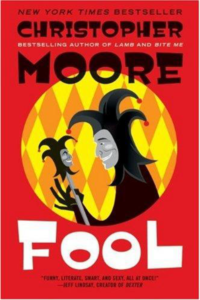 it is a funny and insane tale of a monarch and his deceitful daughters. A story of plots, subplots, war, revenge and a ghost it is.

Read it For:
those looking for a bit too much in one story should get their hands on this tale as this is absolutely what they might be looking for.

Don't Read it For:
to some this might not prove to be really funny and they might regret having read it.

What makes this book stand out?:
the action in this book is fast paced though one might feel like slowing it down.

A Dirty Job: A Novel 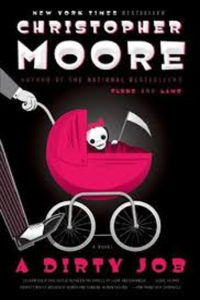 Read it For:
those who love ghost stories and thrillers will find this very interesting.

Don't Read it For:
for some book might not do as well as they have expected.

What makes this book stand out?:
the twist and turns of the tale will make you keep wondering about the end and it still might appear different from what you thought

You Suck: A Love Story 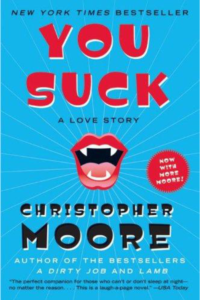 C Thomas discovers that his girlfriend is no normal human being but a vampire. The catch is that now he is also one.

Read it For:
this book is a read for those who adore quirky stories and characters. The twists and turns of the story might make the reader dive in completely

Don't Read it For:
to some readers, the humor might seem vulgar and they might not find it good to read.

What makes this book stand out?:
this book is ultimately hilarious on an overall scale and that actually makes the book seem funny and stand out. 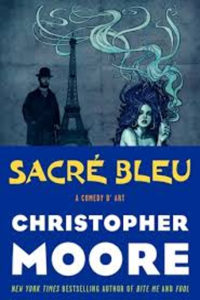 this is a tale about a young baker-painter and it holds some history and some mystery that will grab the interest of the readers till the end.

Read it For:
people who appreciate the impressionists and have a love for Paris will find it very interesting.

Don't Read it For:
some might find the details irrelevant and a bit too heavy. So do not read if you are not ready to get details.

What makes this book stand out?:
An absolutely hilarious book on the French impressionists that will make the reader lose himself.

The Serpent of Venice: A Novel 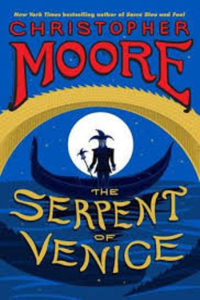 this tale associates with three Venetians who await a foul dinner guest who is a widower of a murdered queen and erstwhile envoy of Britain and France.

Read it For:
those who think it is the perfect blend of Shakespeare and Poe once again after the prequel might find it captivating.

Don't Read it For:
some might find it a slog and difficult time reading it depending on the point of view.

What makes this book stand out?:
the book talks about the corrupt government, run by hypocrites and its situations.