He is the best contemporary horror novelist, and these are the best Stephen King books we have with us.

With great stories that have for ever marked the way horror stories are told, even claiming a landmark in motion pictures by inspiring some of the most popular movies, Stephen King is indeed a “king of horror”.

Pack some warm clothes, and keep a brave heart. It’s going to be chilly and frightening. 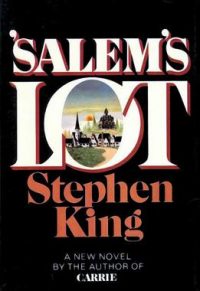 Two people share the horrors experienced by them, in their horrid town of 'Salem's Lot. Now they shall return to face the fear, that had once conquered them. Can they conquer their fear, and end the evil that lurks their home ? 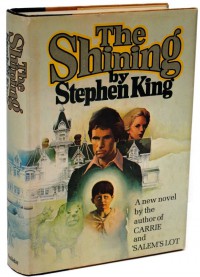 Also depicted as a motion picture, possibly one of the creepiest story. Danny had been a very energetic and eccentric boy since childhood, soon his father took over as the caretaker of the Overlook Hotel. This winter, with masked men going up and down the hotel, an unknown lady staying and a vibe of horror creeping in the corridors, Overlook Hotel might not be the best place to live. Surely though, the best place to read about. 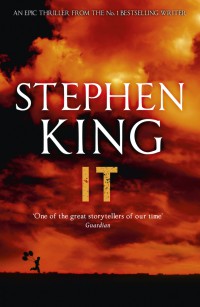 Some youngsters are back in their home town Derry, Maine. A hometown that hasn't only given them sweet childhood memories, but horrid, dreaded ones that forced them out once they grew up. IT had prowled in the sewers, IT was the worst fear. IT had called them back, to scare them, to corner them, to kill them. 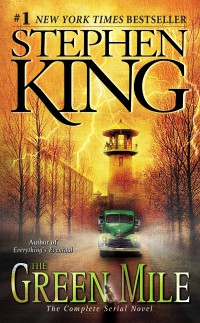 The Green Mile is the long stretch of space between cells, where the prisoners of Cold Mountain Penitentiary walk towards the electric chair, to complete their purgatory. Evil men are in the cells, and outside.When John Coffey, a convict for raping and murdering two girls is brought in, the situation changes. Now, pious men, greater beings are also in these cells. Fictitious yet so closely striking the real world. 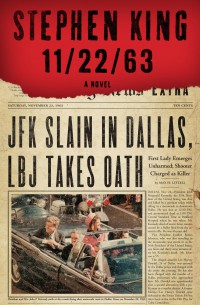 Jake Epping is horrified by the contents of one of the essays written by his GED students, Harry Dunning. Apparently, he survived a slaughter, when his father slayed his complete family. This is not the most extraordinary thing Jake will see in his life, his friend Al shows him a time travelling portal in his diner. Now Jake has to rewrite one of the most controversial events of history, JFK assassination. 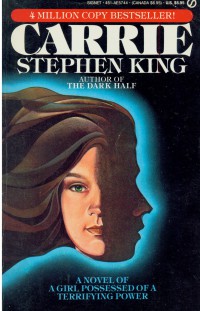 Carrie has some extraordinary powers, kept covert, that scares Carrie herself. A prom night is going to turn horrendous and morbid when Carrie would unleash her surreptitious powers, and the wrath would overpower all. 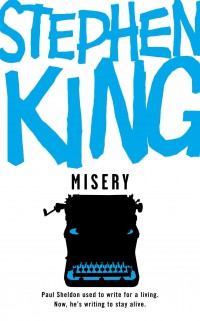 Paul Sheldon is a famous and followed novelist, maybe followed too much. He meets with an accident, and now is under the tender care of an overzealous reader, nurse Annie Wilkes. He has to write now to stay alive, lest Annie kills him for not liking a story. 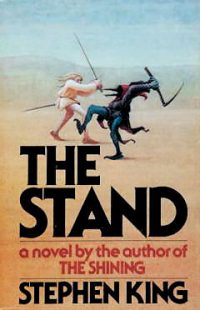 Widely considered as one of the best works of Stephen King, comprehensive and engrossing, The Stand is a post apocalyptic spine-chilling story. A deadly virus gets released due to a computer error, and the results are fatal. The world is at end, everyone you know is dead, it is light vs. dark. Venerable Mother Abigail shines with hope, and the diabolical Randall Flag brings darkness from above. 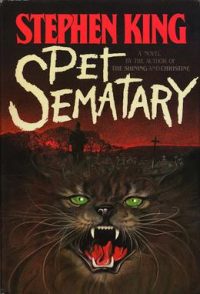 A family to be jealous of, to be friends of, but never be close to their newly acquired house in Maine. Something diabolic lurks in the shadows of the woods, something that their cat repels, dislikes, growls at. What is going to be the fate of this beautiful little family in King's petrifying story ? 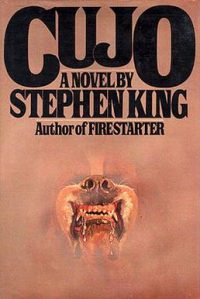 A man's best friend, a healthy and fit Saint Bernard, Cujo lives with his owner in central Maine. It isn't going to be so peaceful for long, Cujo naughtily enters a cave hole once filled with bats, what comes out is not Cujo. What comes out is the man's worst enemy, an unstoppable beast. 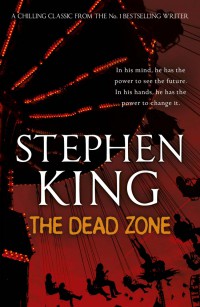 When John Smith wakes up from a two year long coma, he realizes of his inexplicable powers. Slightly scaring, feeling like a curse, these powers open a window for John to look at people's past and future. Hurt by his own past, can he build a better future? 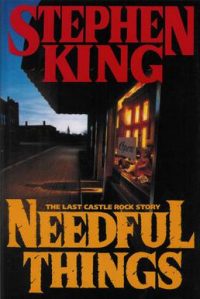 A new shop is open, Needful Things, and as the name suggests, it is indeed a shop of requirements. You don't even have to pay for anything, just a small deed, a practical joke on someone from town. Isn't this fun, too simple to be real, too dubious. The town is burning with pranks going berserk. Watch it burn. 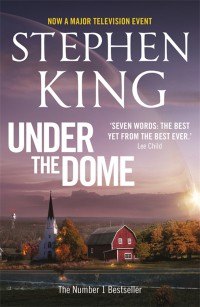 A beautiful and serene day in Chester's Mill, Maine turns hideous as a big invisible dome falls on the town, separating it from the rest of the world, caging it. The town is separated from the outsiders by the dome, but are brought together with the people in. As secrets come out, and the clock ticks, it is a battle of freedom for the residents of the Dome. 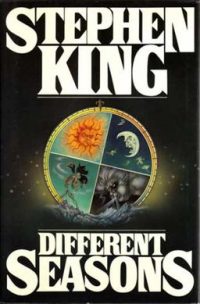 The story that inspired the movie, The Shawshank Redemption. This book consists several stories, a slightly different kind of work from Stephen King. This book is not that conventional horror with evil beasts but the evils of men and their doings. 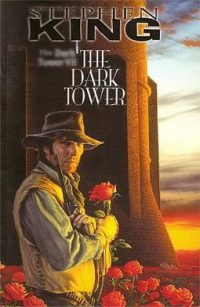 A series of books written by King, in his expert spine-chilling story telling way. Its a blend of fantasy and horror, as several stories revolve around a central, dark tower. This is the most selling and renowned series of books by Stephen King.