Cyril Northcote Parkinson, a British Naval Historian authored some 60 books in his entire lifetime and is very popular for his book Parkinson’s Law, which critically acclaimed him as the most important scholar in Public Administration and Management. Parkinson’s law highlights the importance of time management in which he generically comments “work expands to fill the time available for its completion”. He was the youngest son of William Edward Parkinson who was an art master at North East County School. Parkinson attended the University of Cambridge during his graduation days and completed his BA degree in 1932. He went on becoming a professor as well as a part-time writer. Some of his Series of Novels are, The Devils to Pay, the Fireship, Touch and Go, Dead Reckoning, So near so Far, The Guernseyman. He continued to author different genre of books, fiction, non-fiction, Biographies and Navel History. If you haven’t read any of the Parkinson’s Novel and is a die heart non-fictional fan then just read the article to get to know some of them. 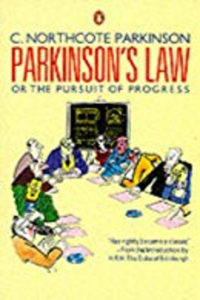 This is a book for a business management professional which states all about the observation that one needs to carry to be successful in their professional life. It specifically talks about the various inefficiencies of bureaucracies in large organizations. He has become renowned though this book because he has spoken about the bitter truth of organizational culture and efficiency.

Read it For:
It is a factual content about the organizational arrangement and a proven thesis overtime. If you are a new Manager and need to know about team management, pensions calculus, work organization and efficiency then this book is the must-read for you.

Don't Read it For:
If you are in a mood to laze and want a good storyline to make an evening because this book’s inside information consists of dry content to leave you drier inside.

What makes this book stand out?:
This book is a good collection of all the organizational benefits from hard to soft skill. You will keep wondering that a book which was written in the 1700s still have so much reality in its content. 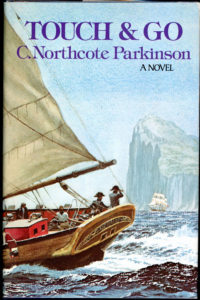 This is another masterpiece of Parkinson where the Protagonist Richard Delancey with his Royal Navy commission in hand is posted to Gibraltar to command and protect the Mediterranean Sea. Delancey overcomes his problem with the crew and proves is bravery during the battle of Cadiz.

Read it For:
If you are an adventure lover then this is the book for you. It continues with the stellar performance of the hero who grows as a captain. The characters are portrayed in a very hearty and simplified way. It is the best read if you are a die heart fan of nautical history,

Don't Read it For:
Sometimes the story goes into the details of ship sailing which is made of wood and want to find the combatant as some God sent person because his character is somewhat dull in the whole book. It would also be a daunting task for someone who knows less about ships to understand each detailed content of the sailing description pages.

What makes this book stand out?:
The adventure that goes on and on throughout the pages makes it one of the most remarkable works of all times. The boom will keep you hooked up to your chair and will keep on throwing audacious details.

The life and times of Horatio Hornblower 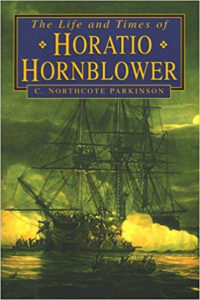 The biography of Horatio Hornblower depicts the Navy life of people. Though many say that he is a fictional character but you will be amazed to know that he was a real person. This book talks about the heroic bravery of the royal navy where his admirable character illustrates the leadership during the Napoleonic wars.

Read it For:
The extraordinary fearlessness of the Naval officer poses to be an exemplary read. If you are a biography lover and enjoy reading historical reality then this is the book for you

What makes this book stand out?:
The astounding command of the conqueror, when he cool headedly handles his team during the war also winning the battle with wisdom makes a striking effect in the reader’s heart. 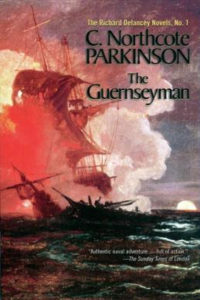 A well-composed book that covers the background of the Radical War and England’s views on Colonists. The combatant in this story starts from his Native land and soon joins the Navy and later landing to New York where he serves as a clerk and personal assistant to the ranking military Personnel. Over the tenure, he meets his long-lost relative and as they shared the surname, his image improves among his superiors.

Read it For:
The simple language description makes the book more believable. The hardship that he overcame even staying in between the hard-nosed unfriendly superiors was really appreciating. You are left with the desire to read of what happens in the next episode.

Don't Read it For:
If you are a fictional lover and just love to get the details of the Naval life then this book might disappoint you where the seagoing and swashbuckling activity is interpreted less than expected.

What makes this book stand out?:
A very captivating story where the main character is the real touch. If you want to understand the American Revolution from the British side then this book will gratify your knowledge. The description of the battles gives a clearer picture and the detailing lets you see through the pages.

In the year 1797, the Royal Navy was invaded by two serious mutinies. The main resentment of the mutineers was over working condition and pay. The sailors in the book hadn’t received any pay raise over a decade whereas the soldiers had received one. The fleet in which they were sailing was affected due to this. If the quick thinking is given priority then this story depicts the inside politics of a ship when it’s on the sail and how that was completely removed.

Read it For:
If you are an action lover then this book is really going to amaze you with the mix and match of tang of powders, salty sea along with boom of shouts of men and cannon.

Don't Read it For:
A casual reader who after a long day wants to chill with a book might find it very donnish. Too much narration also makes it a bit boring in the middle.

What makes this book stand out?:
This series by Parkinson continues with the adventure and the intensity by which this story proceeds in notable. The complexity increases with every episode making it more audacious.

The Devil to pay 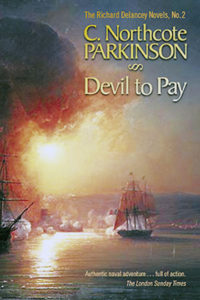 It is set in the 18th Century when the British were at the war with France. The hero, Richard Delancey was a junior naval officer who didn’t have any powerful superior to ease his promotion. The story goes on with Delancey being from a smaller town and gets into France because he was fluent in French and landed on the Royalist agent who was on a mission to restore the French Monarchy

Read it For:
This series is full of adventure and is intriguing even for the most spontaneous reader. The storyline is quite deep complicated which is appreciable by any person who lives these genres.

Don't Read it For:
If you love strong characters then this book might baffle you as there are too few characters which are tenaciously put into words.

What makes this book stand out?:
Good actions with a good grasp of time complete it and making it one of the most delightful references in this category.

The Law of Delay 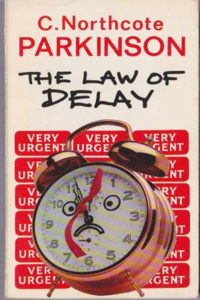 This is a humorous story that details about an orphan daughter of a cabaret dancer and her rise from anonymity and poverty to stardom. This is set during the time of rising and fall of Berlin and in the background of WWI.

Read it For:
If you are a humorous lover and want to see the inevitable truth of the law of gravity which interestingly lights up the view of society in the recent history.

Don't Read it For:
A light reader might be heartbroken as it dramatically describes the horrors of second world war.

What makes this book stand out?:
How delay can lead to devastation is rightly portrayed in this book. It also says that the law of nature cannot be altered as the thing that must go wrong, will, even if someone doesn’t want it so.

So Near So Far 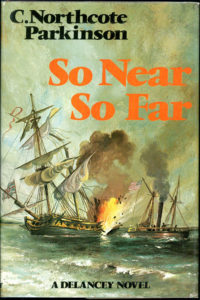 This is a continuous series of Richard Delancey where Britain prepares themselves for the new French assault. The story proceeds with disturbing rumors that were circulated in about the nuclear weapon of war. A French coveted weapon named Nautilus which could travel underwater attaching explosives devices underwater waterline was introduced.

Read it For:
If you are an action lover and close to it then this is the book for you. Richard Delancey continues as captain in this series during the Napoleonic war. Three stars are portrayed in a more stronger character and has isn’t that long which is a good read for someone who gets bored easily

Don't Read it For:
This story lacks narrative flow as well as organizational structure. The story jumps awkwardly from the start of the chapter and the history that was brought to life was not so colorful.

What makes this book stand out?:
The action continues and the hero enormously adds master scout and spy on his full resume. This story is full of adventure and will make you stick to the book until the end. 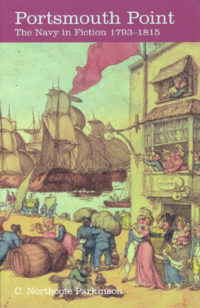 This book is a bunch of synonymous stories of British Naval History, encouraging the William Walton’s invitation to Rowlandson’s watercolor. It is a fictional timeless anthology of fascinating British naval life and set during the Napoleonic wars.

Read it For:
This book is a good read for seafaring enthusiasts, military historians, and English literature students as this book greatly highlights the lives of sea naval officers in harsh conditions in a humorous way.

Don't Read it For:
If you are a non-fiction lover, this book might disappoint you a lot as war stories that are fictional is not likely welcoming to many people.

What makes this book stand out?:
This book has stories that cover distinct part of daily life on the seas during wartime. As you proceed with the stories, though fictional but the facts that have been cleared here will seem true in every sense. 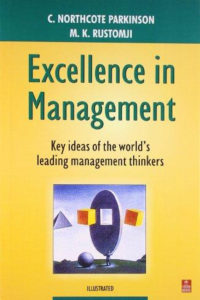 This book is a collection of the easy-to-understand management style of thinking by the world’s largest management gurus, Koontz, Peter Drucker, Urwick and many others. The book is a must for someone who needs to manage an organization such as an administrator of a university, a chairman of a company, a business executive, a manager etc.

Read it For:
If you are a management student then this is the book for you to understand clearly about the ways to control an organization. Though this book can’t solve all your problems but it will help you in understanding where you are going wrong.

Don't Read it For:
If you are a casual reader and want some story material content to read because this book is only about ideas that you need to interpret in your daily professional life.

What makes this book stand out?:
This book serves as an excellent suggestion for the common problems that often managers come across. This book would be an excellent investment for you to understand your professional life from a closer view. This book is a heap of down to earth lessons than a whole library of management books.