Agatha Christie, or the Queen of Mystery as known in the literary circles deserves every bit of that title. She ushered in a new era of mystery fiction, and brought to life some of the most well remembered characters ever, who also happened to be world class detectives and the masters in their field. Hercule Poirot, Miss Marple, Tommy and Tuppence are the brainchildren of Agatha. It is generally said that while reading Agatha’s books, it is a futile effort on the part of the reader to play Guess the Culprit as it can only result in getting him/her frustrated and nothing else. Rather, it would be one hell of a ride if he actually went with the flow and took everything as it came, but beware, the path is not going to be so simple and definitely not a plain road. If you don’t believe me, have a go at these books, especially selected based on the immense popularity they gained over the years. Have a test run and enjoy the show.

The Murder of Roger Ackroyd 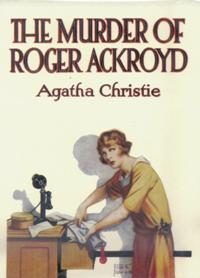 Roger Ackroyd, a wealthy citizen of the village of King's Abbot was found dead in his locked study one evening, stabbed brutally through the neck. There were rumours flying around in the village of his alleged affair with a widow, who shockingly committed suicide before Roger died.  And then there was also a letter found in the study, a letter revealing incriminating details of a blackmailer who might have had a hand in the widow's death. Amidst a host of suspects and hidden clues, it is upto the famous Hercule Poirot, the brainchild of the queen of crime, to find the murderer and set things right. 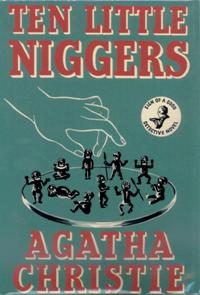 An island in the middle of nowhere. An invisible millionaire who owned that island. 10 people,strangers amongst themselves, with a little in common among them. But each and every one of them has a dark secret hidden within them and a vicious past. One day, they all are invited to the island by the mysterious man as weekend guests. Suddenly, the first death strikes. And slowly each and every one of them realizes the horrifying truth that they are being slowly targeted, eaten away one by one for their sins. First there were ten. And then there were none. This gripping standalone book by Agatha Christie, an inspiration to many modern movies and adaptations, will chill you to the bones. 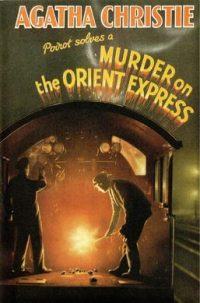 It is a frosty night and the Orient express is forced to stop, due to a heavy downfall of snow. The train is full of activity and unusually bustling with a rather large amount of passengers. As the chilly night passes by bringing forth a new dawn, little do the passengers realize that there's one less a person amongst them. That a lifeless body, stabbed multiple times, just lay cold and still within one of the cubicles of the train. Hercule Poirot is thrown into an apparently baseless case of finding the murderer, who might just be anyone aboard the menacing train.

Death on the Nile 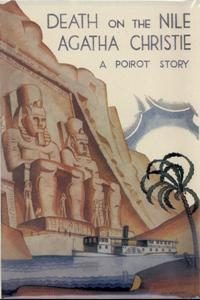 A beautiful and young girl, brutally shot in the head is found on a cruise sailing along the waters of The Nile. To the people who had come out to enjoy a marvelous vacation, to get rid of every last inch of strain that had been holed up in them, this was more than enough to rack up their nerves. All except one. Hercule Poirot has a daunting task ahead of him to find the heartless murderer with just one clue, a piece of memory that played a threat issued to the girl by a fellow passenger, sometime well before the tranquility of the cruise had been shattered. 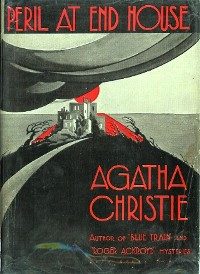 In one of those rare days that Poirot considers as holidays, he stumbles upon a beautiful lady - and gets smitten instantly. As he gets to know more about her, he also gets to know about all the near-death experiences that she had.. Had it been anyone else other than Poirot, they would've said that she has a long standing enmity with the god of death. But not Poirot. He suspects foul play and goes on an adventure to unwrap this cocoon of misfortunes to find something startling at the center that could point to a sinister murder plot. 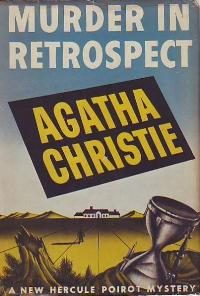 This nursery rhyme, that gets stuck in Poirot's head forms the base of this exciting journey of murder and convictions. A husband found poisoned and dead. A helpless wife convicted of the killing. A daughter determined to catch the real culprits. And five "pigs" - suspects- with airtight alibis, each with a very different personality and profession. It is now upto the famous case-solver to connect the dots and set straight the crooked line pointing at the so called-wrongfully accused- and decide for himself whether she was indeed the culprit or whether this story has much more hidden beneath it. 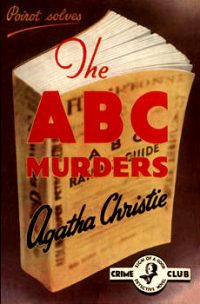 When a psychopath gets alphabet-crazy, so crazy infact, that he decides to start committing murders by the alphabet, it is time to close shut your doors and windows tight. In towns that start with the alphabets, he mercilessly kills people whose names too start with them alphabets and leaves behind his ominous footprints everywhere in the form of an ABC Railway Guide. His confidence grows multi-fold after every successful murder and he starts leaving behind deliberate clues to intimidate Hercule Poirot, not realizing that he just might be committing the worst mistake of his short-lived life.

A Murder is Announced 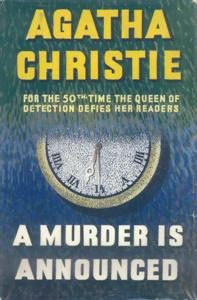 This book features Miss Marple, a masculine incarnation of Hercule Poirot, though differing in some aspects. But this book is considered as the best book in the Marple series. The story, as inferred from the title, revolves around a murder, but one that is pre-announced. A silent village is set into a lot of activity when one fine evening, a murder announcement is made in the local newspaper. Miss Marple is called in to look at the case. Slowly, as the day of the murder approached and as the whole village prepares to witness this untoward incident, Miss Marple must race against time to search for clues, look for suspects and identify the mysterious murderer to stop this horrifying episode.

This book, devoid of Poirot and Miss Marple, and yet a marvel of one shows us the grip and the mastery of Agatha Christie in this field. This is again a tale of death and deception. A wealthy businessman is found dead, poisoned more precisely, in his home. The suspicions fall on his luscious widow, who differs with him in age by leaps and bounds. But a criminologist, who is intimately related to the victim's family, has his own doubts and trusts the innocence of no-one in the family. Read on to watch this story unfold and be prepared to face the shock when the actual culprit is found. 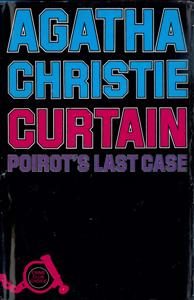 A wheelchair-bound Poirot has one last case to solve before the ink that gave his life finally runs out. This time the case is centered around Styles, the very place that began the adventures of the great Hercule Poirot. Captain Hastings, an old friend of Poirot is invited to Styles and along with him, so are a number of guests. And then a shocking and surprising declaration is made by Poirot that sends everybody into a frenzy of doubt and suspicion. In the middle of all of them lingers a murderer. This epic ending will make your jaw drop in awe while forcing tears out of your eyes as you go through this one final adventure of the great detective. 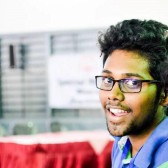