Skepticism can be defined as the questioning attitude or doubt that one has towards a particular custom, tradition, behavior, knowledge or belief. Skepticism is often directed towards a varied range of domains such as morality, religion or knowledge. As a topic, it is related in the context of philosophy, epistemology, which is the concerned with the theory of knowledge, although it can be attributed to any topic.

The various popular skepticism books allow us to gain perspective and urges us to delay any judgment or assumption made on any controversial matter.

The Demon-Haunted World- Science as a Candle in the Dark 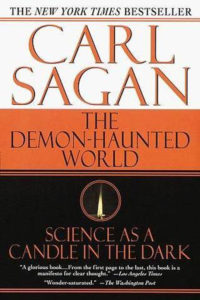 The demon haunted world is a book written by an astrophysicist, Karl Sagan. This book lies at the top of the charts on the list of books about skepticism. The author has tried to explain scientific method to lay people. He helps to instill a skeptical thinking process in the minds of his readers in order to differentiate between ideas that are valid and scientifically from pseudoscience.

Read it For:
The book is a good read for all those who question the working of things around them. It will help the reader to understand the science behind everything.

Don't Read it For:
It questions religious beliefs and considers them as fallacies. This book may make you question your beliefs and customs.

What makes this book stand out?:
Because of his enthusiasm for science, Sagan has communicated scientific validity with clarity. The book is a classic defense of scientific inquiry and critical thinking. 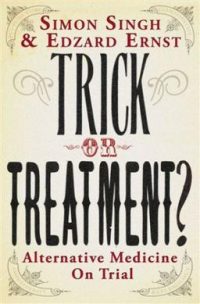 This piece of beauty was written by Simon Singh, a physicist and writer of several popular science books and Edzard Ernst, the first professor of complementary medicine. The book evaluates the scientific evidence for acupuncture, homeopathy, herbal medicine, and chiropractic, and briefly covers 36 other treatments. It finds that the scientific evidence for these alternative treatments is generally lacking and hence is evidently one of the 10 great books on skepticism.

Read it For:
The authors are in pursuit of truth and knowledge and the role that science plays in that enterprise. The book is explicitly dedicated towards the pursuit of truth in the matter, which in this case proves to CAM (complementary and alternative medical) treatments as a contribution to healthcare.

Don't Read it For:
These conclusions in this book are supported by clear discussion of the nature and virtues of evidence-based medicine and the scientific method that underpins it, and an overview of research evidence in CAM that demonstrates the absence of effectiveness. Many with research experience in this field will argue that this overview is partial and by no means definitive. The determined exposure of the negatives of CAM neglects the positives.

What makes this book stand out?:
The book provides excellent counsel about the shortcomings of CAM (and there are many, if you take the whole nebulous field into consideration), and its susceptibility to popular and commercial exploitation. 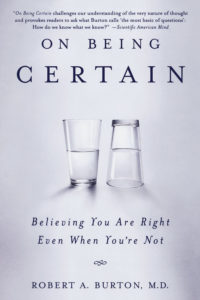 In On Being Certain, neurologist Robert Burton questions the elements of our thinking and the general notions involved with the subject. This book dives in the “mental sensation,” which allows us to perceive things, which are a product of facts and things which are beyond our control. And this is what makes us know what we know.

Read it For:
It is an ideal read for the ones who enjoy deep philosophy and grandeur.

What makes this book stand out?:
He supports his arguments with tales of neurology patients, recent research into brain function, and examples of how our senses constantly fool us. 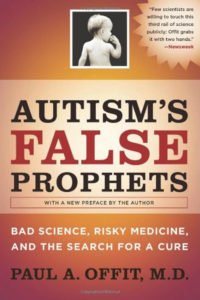 Autism's False Prophets: Bad Science, Risky Medicine, and the Search for a Cure is a 2008 book by the vaccine expert  and chief of infectious diseases at Children's Hospital of Philadelphia, Paul Offit. This book primarily focuses on the controversy surrounding the now discredited link between vaccines and autism.

Read it For:
Offit describes the origins and development of claims regarding the MMR vaccine and the vaccine preservative thimerosal, as well as subsequent scientific evidence which has disproved a link with autism. Those interested in medical research and its controversies will love this masterpiece.

Don't Read it For:
it has deep intensive information on only autism and is not broadly based.

What makes this book stand out?:
Dr. Offit has provided a refreshing, science-based change of pace on the topic of vaccines and autism that pulls no punches. 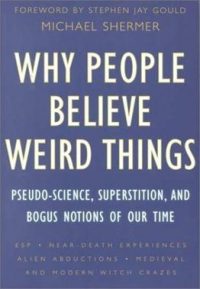 Read it For:
This is a book that deserves to be widely read. Skeptics and critical thinkers can learn a lot from it as it covers a wide range of areas in a wide range of manners.

Don't Read it For:
The book criticizes moral absolutism which is claimed to be restricting free thinking.

What makes this book stand out?:
The author explores why even well-educated people can hold beliefs that seem utterly baffling to others. 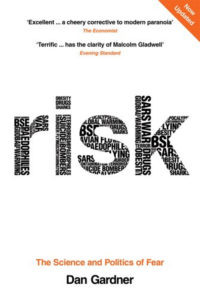 This 2008 book from Canadian journalist Dan Gardner asks, and answers, a simple question: “Why are the safest and healthiest people in history living in a culture of fear?”

Read it For:
The book gives a detailed description of how one processes risk and allows us to think rationally instead of panicking.

Don't Read it For:
The book is a little dry because of too much philosophical interpretation.

What makes this book stand out?:
Gardner looks closely at how we perceive risks, and what causes our perceptions to be wrong. Reading this book will have a dramatic effect on how you consume the news and evaluate the risks you face in your life. 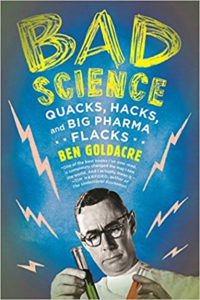 Ben Goldacre is a physician and columnist in The Guardian, and his 2011 book is an entertaining and engaging narrative which draws the distinction between science and pseudoscience, with a focus on exposing sloppy and misleading journalism. It is one of the best skeptical books available in the market.

Read it For:
It is a must for medical students or individuals interested in medicine (who are just as vulnerable to pseudoscience as anyone else).

Don't Read it For:
Criticizing of mainstream media reporting on health and science issues.

What makes this book stand out?:
The author attacks anti-scientific nonsense and clearly explains how it cloaks itself in a scientific aura, and how it’s wrong. 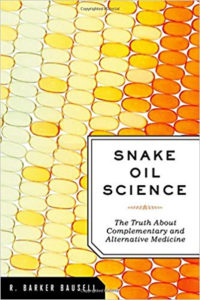 From R. Barker Bausell (2009), this is a more technical read than the others on the list. The question of the “placebo” effect has been explained clearly in this book. Furthermore, the book answers the question “Why do people believe in ineffective ways of curing an ailment.”

Read it For:
helps to deepen the understanding of clinical trials.

Don't Read it For:
It is not an interesting book for those who are not inclined towards this topic.

What makes this book stand out?:
The book guides the reader in helping their own evaluation of evidence, with the red flags that differentiate “snake oil science” from credible research.

The Cure for Everything 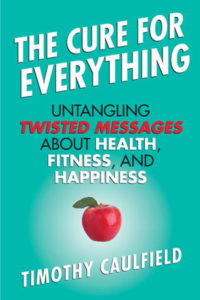 Timothy Caulfield’s 2011 book is a highly skeptical book that’s perfect for the non-skeptic, particularly one interested in sorting out the science from pseudoscience in diet, fitness, and nutrition advice.

Read it For:
Caulfield is a strong science-based medicine advocate and he understands and explains how complementary and “alternative” medicine advocates spin evidence and market themselves in ways to adopt the veneer of science, without the substance.

Don't Read it For:
The conclusions in some parts are claimed to be based on unprecedented discussions due to lack of evidence.

What makes this book stand out?:
this book is an excellent entry point to science-based medicine, reinforcing the importance of making health decisions based on good scientific evidence. 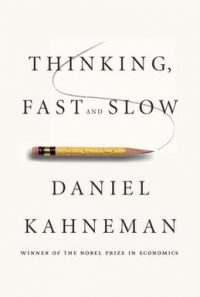 This 2011 book by Nobel prize winner Daniel Kahneman takes a dive into the cognitive science and human behavior that will change the way you think about thinking. It covers some of the same work of Dan Gardner’s Risk (#6, above) but focuses more on reasoning patterns. It is one of the 10 best books for skeptics.

Read it For:
It allows you to boost your cognitive abilities and makes you caution your skeptic of overconfidence in your own evaluation of evidence.

Don't Read it For:
Will not assure you to spot your own errors and does not provide a tactical solution.

What makes this book stand out?:
Kahneman exposes the extraordinary capabilities—and also the faults and biases—of fast thinking, and reveals the pervasive influence of intuitive impressions on our thoughts and behavior. He also reveals where we can and cannot trust our intuitions and guides us how to adapt to the process of slow thinking.