Andrew Johnson was the 17th President of the United States, who was Vice President under Abraham Lincoln and rose to presidential power after Lincoln’s assassination. He served from 1865-1869 before he was almost impeached in 1868. He was a Democrat in a Republican-dominated Congress.

He is considered one of the worst Presidents in American history. We present you with a list of books on Andrew Johnson to help you know and understand the man better- how he went from being a passive bystander to the most important and then one of the most hated people in American politics. 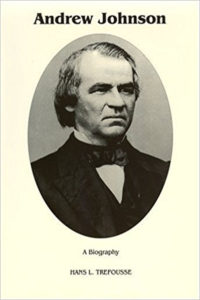 The book is a reasonable account of a failed leader and shrewd politician that is Andrew Johnson. Hans renders quite a fair judgment of the often racist and ultimately devoid of revolutionary ideas President. The writing starts off well, and even though it loses path in the middle, it has a capable ending. There are historical anecdotes and a fathomable rendition of the biography of a man who rose from rags to riches, and is equally respected and despised by many.

Read it For:
It is a must-read. People often read about his predecessor, Lincoln, but even Johnson’s story is worth knowing.

Don't Read it For:
The descriptions might get very elaborative or boring for some readers who just want a breezy read.

What makes this book stand out?:
Its easy flow of writing and the accuracy of all the facts with which the biography is written. 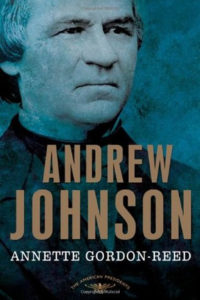 Andrew Johnson was never meant to be the presidential seat, up until Lincoln’s assassination at Ford Theater. This biography by Annette shows just how unsuitable Johnson was for the daunting task of soothing the Americans’ wounds after the Civil War. With his stubborn political views and strong contempt for the African American slaves during Reconstruction, he brought the antagonism of the congressional leaders onto himself, eventually leading to his impeachment.

Read it For:
This book shows Johnson in a light that many people who admire him fail to see. By far, this is one of the best books on Andrew Johnson.

Don't Read it For:
It can get a little too boring or proactive for some readers.

What makes this book stand out?:
It talks about the 17th President's tenure in the White House unlike any other book in this genre.

Impeached: The Trial of President Andrew Johnson and the Fight for Lincoln’s Legacy 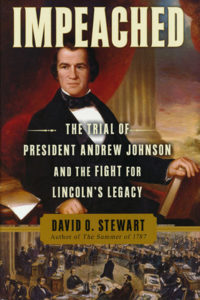 This book by David O. Stewart presents the impeachment of Johnson in a different light. As known, Johnson was hailed by many as a true heir to Lincoln, whereas the author argues that he, in turn, destroyed the whole legacy of Lincoln by discriminating against the slaves who needed crucial support right then in the history of time.

Read it For:
You will understand Johnson for the man he was and learn about a crucial moment in the history of American politics.

Don't Read it For:
The book might be a little slow for avid readers who would rather have a continuous read.

What makes this book stand out?:
The book is simply structured and piques the interest of the reader beyond hesitation. 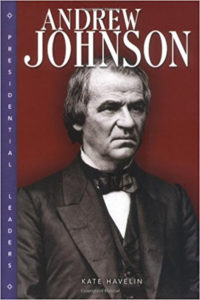 This book widely speaks about the poorest leader America has ever believed to be seen. Kate Havelin tells us the story of the 17th American president from birth to death, his anointment as Vice President for Lincoln, him succeeding his predecessor after the former’s sudden demise and the last straw of his political career, his impeachment. The book is more suitable for high school students than serious historical fiction fans.

Read it For:
Its appreciable description of the leader in his natural form, and the events that led to his political ventures.

Don't Read it For:
If you are expecting a breezy read or a thriller, then this book is definitely not for you.

What makes this book stand out?:
It is one of the popular books on Andrew Johnson with simplistic writing and appreciable descriptions.

The Impeachment and Trial of Andrew Johnson 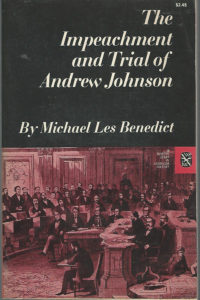 This book, as the title suggests, speaks about all the events leading up to the impeachment of Andrew Johnson. It tells us, who the two sides of the conflict were, and what their views were, why Johnson was not fit for the title or why some thought he was and last but not the least, why the impeachment did not successfully dissuade Johnson.

Read it For:
Once we know about the leader that Johnson was, we (don't) wonder about the reasons for his impeachment. This book leads us to the memories of every trial, judgment, and arguments that happened then.

Don't Read it For:
If you are expecting a fast or binge read, then you might find this book a little elaborative and lengthy.

What makes this book stand out?:
It is a good rendition of the events that occurred leading to the impeachment of Johnson. 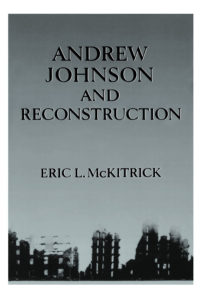 This book speaks about Andrew Johnson in a cynical light, showing him not as a misunderstood or innocent statesman, but a shrewd and stubborn politician who could not follow his ancestor’s footsteps and lead America into a hard-earned reconstruction of equal rights.

Read it For:
The impressive manner of writing, even with the most basic of words is commendable.

Don't Read it For:
The book might be a little too long for some readers.

What makes this book stand out?:
The author portrays the man that was Andrew Johnson in a different light and gives us an idea of what were the real repercussions of his tenure. 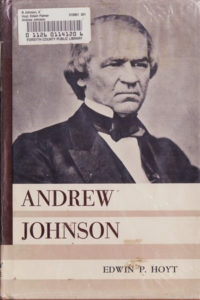 This book portrays Johnson in a good light, proclaiming him as the single hero who tried to uphold the rules of the Constitution even when he was vastly outnumbered by his opponents. The author talks about the time when the government was in great distress, with the majority trying to gain means to their unstoppable rule. This was a time in which Johnson was believed to have stood by the rules.

Read it For:
Its simple writing coupled with the heroic trials of the 17th president, how he fought the majority and remained to take hold of the decisions of the country.

Don't Read it For:
For people who want to gain expansive information about the impeachment of the president, this book might not be sufficient.

What makes this book stand out?:
The descriptive essays by a wonderful writer help us to understand the reason and cause behind Johnson’s impeachment.

The Presidency of Andrew Johnson 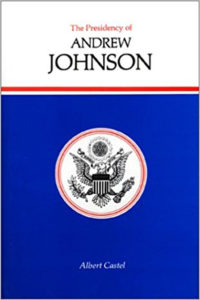 Castel recounts the drama of Johnson's sudden inheritance of the presidency upon Lincoln's death and then examines how Johnson organized his administration. Johnson's formulation of a Reconstruction policy for the defeated South comes under special scrutiny; Castel evaluates Johnson's motives for that policy, its implementation, and its reception in both North and South. He describes and analyzes Johnson's quarrel with the Republicans.

Read it For:
The accurate and expansive descriptions of the man that the 17th president was.

Don't Read it For:
The book might seem short and some review the book that it would be better with more information of his impeachment.

What makes this book stand out?:
There are very fewer books that deal with Lincoln’s death that are followed immediately by Johnson’s rule. 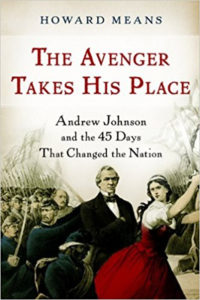 Means talks about the first six weeks of the presidential office of Andrew Johnson, America’s seventeenth President. He talks about how much opposition and antagonism the president had to face and how he still managed to build the house on the rules of the constitution.

Read it For:
This book makes you rethink history and ponders over the facts you already know. It is a must-read for all readers who want to know about Andrew Johnson.

Don't Read it For:
Accurate or statistical information about the president. This book takes a practical and emotional approach to the man during his office years and impeachment months.

What makes this book stand out?:
Its accurate and appreciable description of the man in his most formidable of years where he had to fight against a huge majority trying to overrun him.

Andrew Johnson and the Uses of Constitutional Power 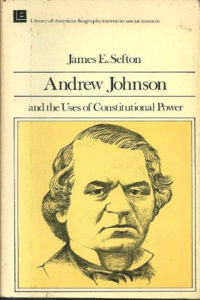 The historian Sefton chooses to see Johnson in a cynical light. He says that though the president had strong views about the constitution upheld in his mind, he did not particularly agree with his opponents. This caused the arrogance that led to him taking decisions against the Civil war reconstruction, which his predecessor so dutifully worked for.

Read it For:
Its strong narration about the formidable man who chose to brave it all, whose stubbornness caused him to be the most hated man in American politics.

Don't Read it For:
It might be boring for some readers who can find it lengthy or elaborative.

What makes this book stand out?:
Its different perspective on the glorious president, depicting him in a modern and socioeconomic light