The motorcycle is the bicycle with its front and  rear wheel of the same size, and the pedal with a crankshaft mechanism to rotate the rear wheel. The first motorcycle was built in 1867 with a small steam engine. There are many books written by motorcycle scholars and cult researchers on motorcycles.

Zen and the art of motorcycle maintenance 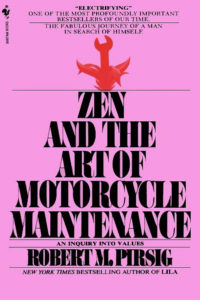 Zen and the art of motorcycle first published in 1974 is considered as one of the most influential books of its time. It is a fictionalized autobiography. The story revolves around young son and his father. This summer end trip of a father and so is exhilarating. This trip undertaken by a father and his son teaches many of the life lessons in the most naïve manner.

Read it For:
personal and philosophical growth and discovery. This book was successful in transforming the generation of that time.

Don't Read it For:
It will prove as a waste of time as the author portrayed dark sides which is not easy to digest for many of the readers.

What makes this book stand out?:
The philosophical approach of the author. 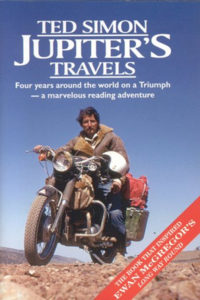 Ted Simons, the author of Jupiter’s travel, traveled 78,000 miles around the world across 45 countries at the age of 75. He loved with peasants and presidents; he went through the areas of wars and revolutions, he lived in prisons and palaces. This made him an accomplished travel book writer. This book inspired many of the wanderlust travel enthusiasts all around the world.

Read it For:
the memorable odyssey of the author Ted Simmons. The first page is the most powerful page among the travel books, and it will remain the same.

Don't Read it For:
The author described one culture in lots of pages and another, in the end, are no more than one single line.

What makes this book stand out?:
Inspiring, adventurous, wanderlust, cultural diversity, and seeing the world from a driving seat on the bike. 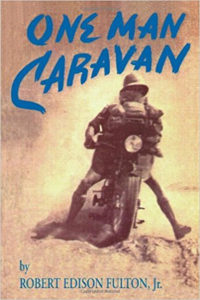 It took one and half year for the author to travel around the world on a two cylinder Douglas motorcycle. From July 1932 to December 1933. The author Robert Fulton avoided tedious day-to-day experiences and focused on the cultures and diverse population of the places he traveled.

Read it For:
The book nicely illustrates the difference between the world back in 1930’s and what the world is right now.

Don't Read it For:
The author focuses on what the world is like through his eyes rather than giving details and information about the bike ride while on a world tour.

What makes this book stand out?:
This travel experience of the author will keep you engrossed till the last page. 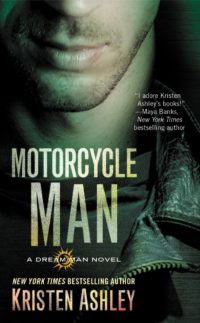 Kane tack Allen flowed in the turmoil of emotions and eventually shared the bad with one of his employees. He had a rule – he never employees a person with whom he had slept with so he immediately fires office manager Tyra. Tyra was reluctant and forced him to not to fire her. The muscled biker kept her on one condition – no more sex between them. But the series of events led him to break his own ethical rule once again.

Read it For:
Motorcycle man the last book of dream man series by Kristen Ashely. This book gave a perfect end to the four-book series.

Don't Read it For:
Motorcycle man is a book full of descriptions of things which do not matter a lot.

What makes this book stand out?:
This book will force you to become an addict, and you will end up reading the whole series. 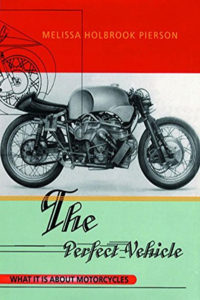 this book is a must-read for anyone who loves riding a motorcycle. The author Melissa Pierson stretches her research back to the history of motorcycle and clears the myth regarding the problems related to motorcycle journeys. The story is intertwined with the story of Melissa Pearson herself.

Read it For:
clearing the doubts and myths that prevail in the world regarding misinterpretations of danger about the people who travel.

Don't Read it For:
If you are not on a motorcycle, kindly avoid this book.

What makes this book stand out?:
Great writing styles, good anecdotes, and intertwining of personal experiences. 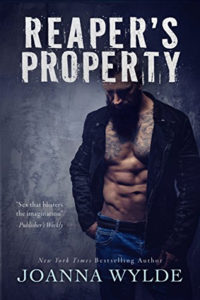 After a divorce with her jerk ex-husband, Marie doesn’t want to indulge in any relationship with a man. But her brother’s friend Horse – a tattoed badass biker wants her on the pillion seat of his bike and now beside him on his bed. Now, Marie’s brother steals from the bike club, and the only option Marie has is to fulfill Horse’s desire to save her brother.

Read it For:
the alpha-males, cruelty, biker’s club and well-written and funny.

Don't Read it For:
the things which should not be romanticizing but still, the author pushes to make it happen.

What makes this book stand out?:
Extremely well-written and described characters. 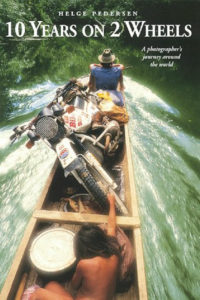 The author Helge Pederson traveled 77 countries and 250,000 miles to get a degree from the university called life. He graduated as a life philosopher from there. The main challenge of his odyssey was to cross the never-ending desert of Sahara in Africa alone on his bike.

Read it For:
the life lessons he observed and penned down in his best-seller book.

Don't Read it For:
The book is about the size of a coffee table.

What makes this book stand out?:
This is probably the best travel book among all the travel book written so far in the history. 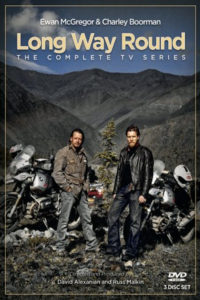 This is the original diary entries, photographs and travel maps of one of the most acclaimed and reputed actors and bikers Ewan McGregor and Charley Boorman. They covered Canada, Ukraine, London, Russia and finally ended on the lands of New York.

Read it For:
both happy and sad journey of the authors. You won’t keep the book until it is finished.

Don't Read it For:
Despite some amazing reviews, there is a section of the population who didn’t like it.

What makes this book stand out?:
The interesting part of this book is that it is not written, rather it is spoken by the two actors. 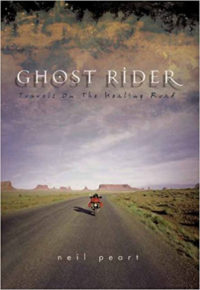 Neil Peart, the author Ghost rider narrates the hardships and his struggle to stay alive after the sad demise of his 19-year-old daughter and his wife.

Read it For:
the words of pain from the heart of a lyricist and a drummer.

Don't Read it For:
it is a tedious and a disappointing read apart from the fans of the band. 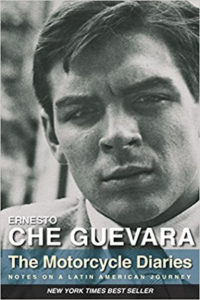 The original travel diaries of Che Guevera are now compiled in a book and a popular movie.

Read it For:
An utterly amazing, charismatic, good-looking man who was instrumental to the toppling Cuban government.

Don't Read it For:
This book is especially a must-read for the person who is in his/her 20’s and who are planning to settle his/her career. Apart from them, there is no loss if you don't read it